The Essential Reading List collects the major comics and arcs of a character in order to give readers a chance to discover who they are. This edition is focusing on the Sentry, a superhero that’s been put through the wringer every since he was introduced. Comparable to Superman, Robert Reynolds has the power of ‘one million exploding suns,’ meaning he’s one of the most powerful heroes in the Marvel Universe. Sentry is also one of the most unstable, due to the struggle with his darker half known as The Void. Sentry’s duality makes him a fascinating character. Here are the must-read stories that will give you an understanding of The Golden Guardian. 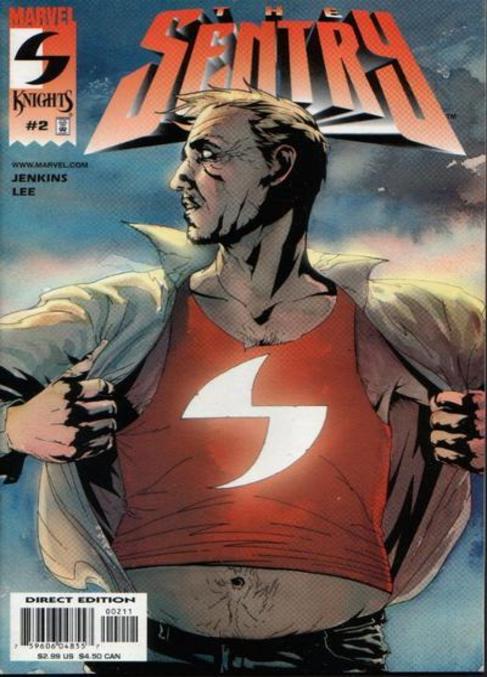 Sentry was created by Paul Jenkins and first introduced in 2000. This miniseries goes into detail about who Bob Reynolds is and how he was brought into the Marvel Universe. Reynolds is presented as an amnesiac who forgot about his powers in order to stop The Void from returning. It’s revealed The Sentry is tied to many other heroes, being considered close friends with The Hulk and Mr Fantastic.

The miniseries focuses on the friendship between Sentry and Mr Fantastic, with him being reintroduced to the Avengers. It’s an interesting story that plays around with the idea of memory and establishes Reynolds as a man with mental health difficulties. 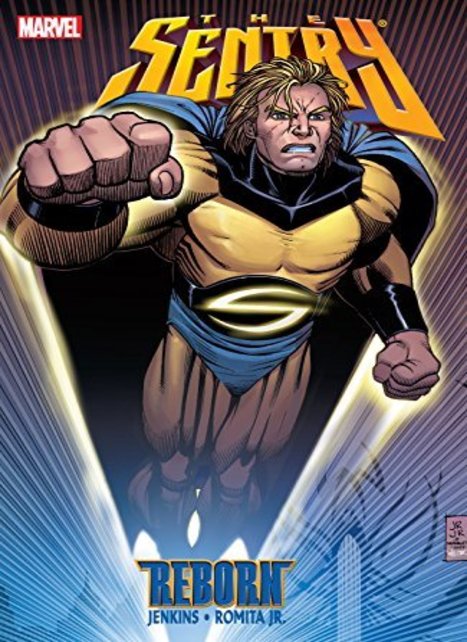 Jenkins returned to the character in 2005 with another miniseries. During this time, Sentry has become a part of the Avengers and is trying to cope with his marriage and duties as a hero. Reynold’s battle with The Void is given a lot of attention, with the entity shown to have vast powers that dwarf even the Sentry’s abilities. 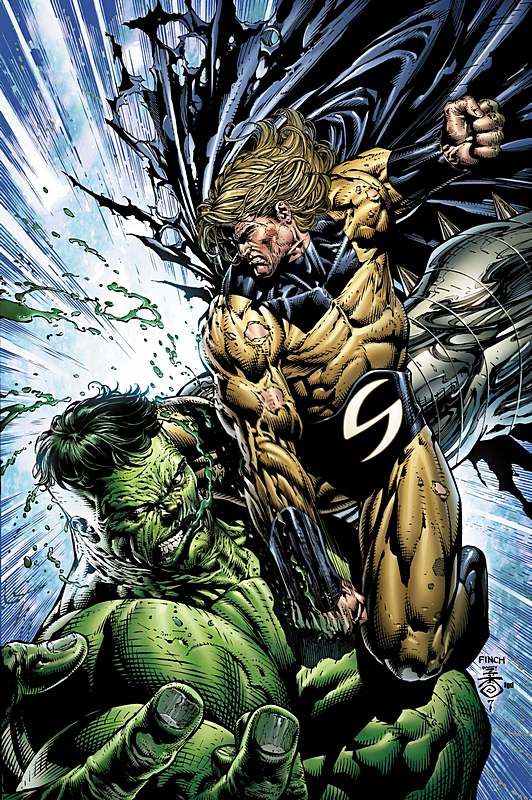 World War Hulk involves The Hulk returning to Earth after being exiled by The Illuminati. Having a score to settle, Hulk goes on a rampage, attacking everyone that chose to send him into space. Sentry plays a vital role in the story, as he’d be able to project a calming aura in the past that pacificed Hulk.

Despite multiple pleas from his friends, Sentry refuses to fight because of his agoraphobia. Only after Hulk pits Mr Fantastic against Iron Man does he join the battle. Sentry and Hulk are shown to be evenly matched, destroying much of New York. Hulk hits the final punch and the two of them revert to human form. 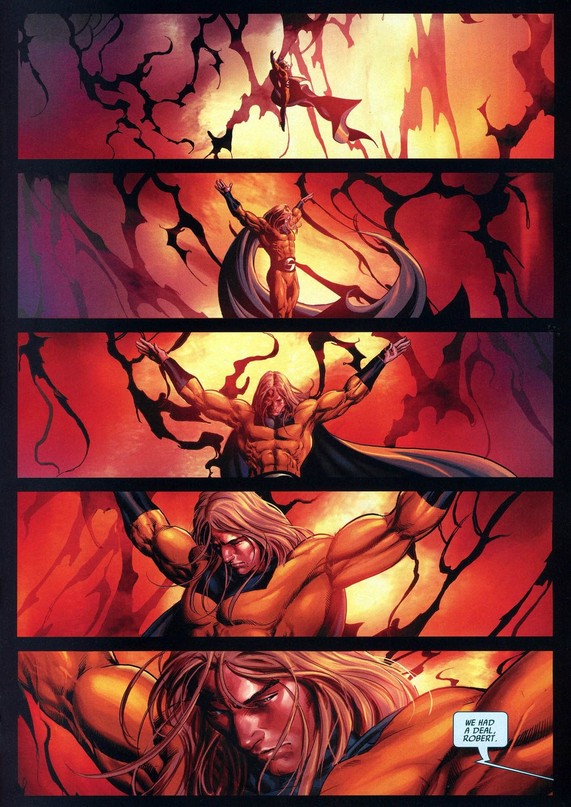 Dark Avengers is an important arc because it begins the degradation of Reynolds’ mental state. After Norman Osborn comes to power he convinces Sentry to join his Dark Avengers in exchange for treating his mental conditions. Osborn manipulates Sentry, which leads to The Void becoming stronger. During this arc, Sentry’s abilities are explored in more depth. It’s shown that he has the power of molecular manipulation, which allows him to regenerate himself.

Another crucial reveal comes in the form of Sentry’s origin story. Previously, it was thought that Sentry attained his powers through a serum that was given to him. But this was shown to be a lie. Robert Reynolds was a drug addict who broke into a lab in order to get his next fix. He came across the serum, drank it and was unable to control his powers. It led to the destruction of the lab and it’s implied that Reynolds’ guilt manifested into The Void. 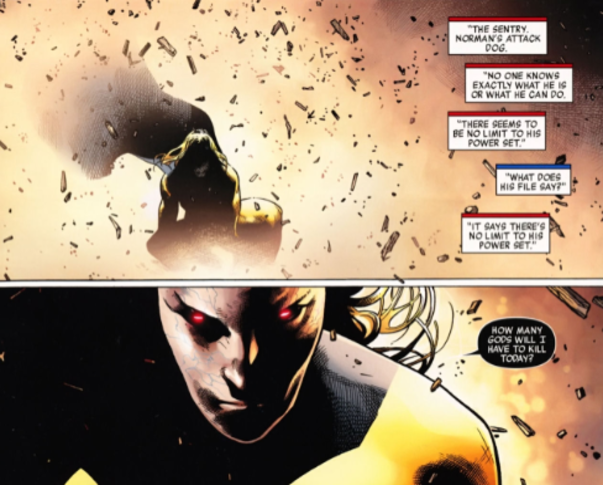 Written by Brian Michael Bendis, Siege involves the Dark Avengers waging war on Asgard. By this time, The Void has assumed control, killing Ares and Loki. The Avengers battle against the entity, though they find themselves outmatched.

At the last moment, Reynolds regains control and begs Thor to kill him. The God of Thunder obliges. This arc brings Sentry’s journey full circle. Some people become consumed by their mental health issues, but Reynolds was able to act as a true hero and sacrifice himself to protect his friends. 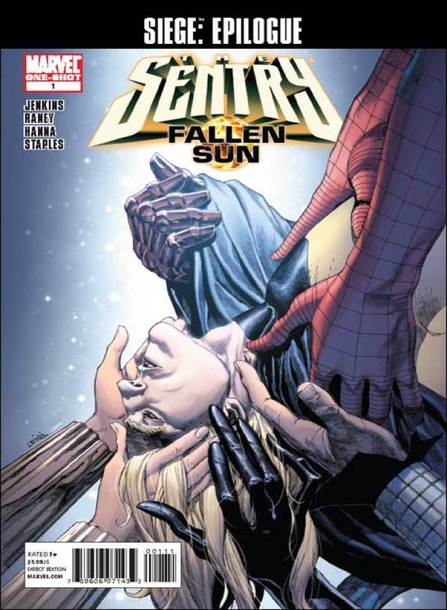 Fallen Sun depicts Sentry’s memorial, which is attended by various members of the superhero community. At the end of the service, Thor takes the body and throws it into the sun. Fallen Sun is one of my favourite Sentry stories because it celebrates the idea of who Robert Reynolds always wanted to be.

My only issue with this story is how Rogue is featured as a past love interest of Sentry. The way the narrative is written implies Rogue was underage at the time. 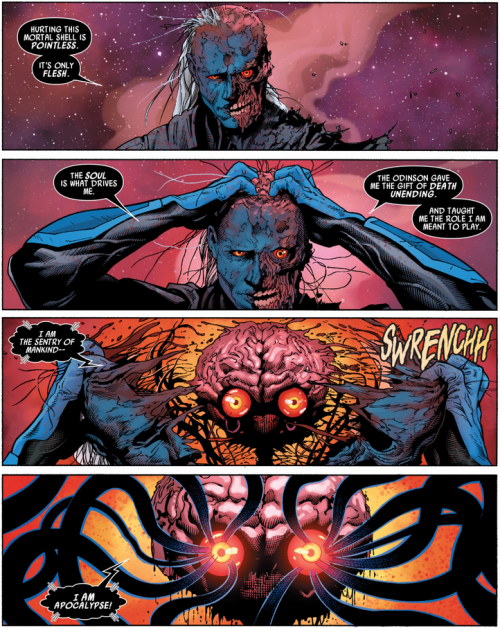 Sentry was finally resurrected after several years in The Apocalypse Twins. The Avengers were confronted by the children of Archangel, who created their own version of the Horseman of The Apocalypse. Sentry was brought back as Death and confronted Thor.

What’s was interesting about this story is how Sentry became implanted with another personality. Sentry claimed The Void had left him because it had grown ‘bored’ of being destroyed in the sun. Although he fought against the Avengers at first, Sentry resolved to carry out his own form of justice in the universe.

The Sentry is complicated character that demonstrates how even superheroes can struggle with their mental health. The Void can be seen as the physical manifestation of negative thoughts and low self-esteem.

Do you have any favourite stories involving Sentry?