It’s been a hell of a year for superhero films, and the momentum keeps going with Spider-Man: Homecoming. Since Tom Holland debuted as the wall-crawler in last year’s Captain America: Civil War, fans have been eager to see what he can do when given a solo film to spin his webs. As comic fans, we’ve become used to watching epic battles and world saving stakes. So, when a film likes Spider-Man: Homecoming offers a window into the mundane side of superhero life, it offers a refreshing change. Here is my spoiler free review.

The film picks up where Civil War left off, with Peter Parker returning to Queens from his fight with the Avengers. He’s eager to prove himself to Tony Stark, who acts as a mentor for the young hero. Tony puts Happy Hogan in charge of monitoring Peter’s progress. Two months later and the Avengers still haven’t called Peter back.

He spends his days going to school and protecting the people in his neighbourhood from bicycle thieves. When he’s not in costume, Peter hangs out with his equally nerdy friend, Ned and pines after his crush Liz. It’s typical high school stuff, an element that’s been lacking from other superhero films. Peter is a kid who doesn’t know how to make the most of his powers and he’s desperately trying to find a way to make a difference.

Spider-Man gets his chance in the form of Adrian Toomes, AKA Vulture. Played by Michael Keaton, the character is more than just a one-dimensional villain. Toomes is a blue-collar worker who’s trying to look out for his family and it feels like he has a genuine axe to grind against Tony Stark and others like him. Keaton injects gruff empathy into Toomes’ motivations, making Vulture the greatest Spider-Man movie villain since Doctor Octopus in Spider-Man 2.

Holland’s Spider-Man is awkward, boyish, endearing and everything you’d want the web-head to be. His comedic timing is excellent and his facial expressions give off a lot of emotion when words aren’t needed. Holland captures all the facets of a teenager, switching from being awe-struck one minute, to moaning about being treated like a kid the next. He was born to play the role and he has a bright future in the MCU. 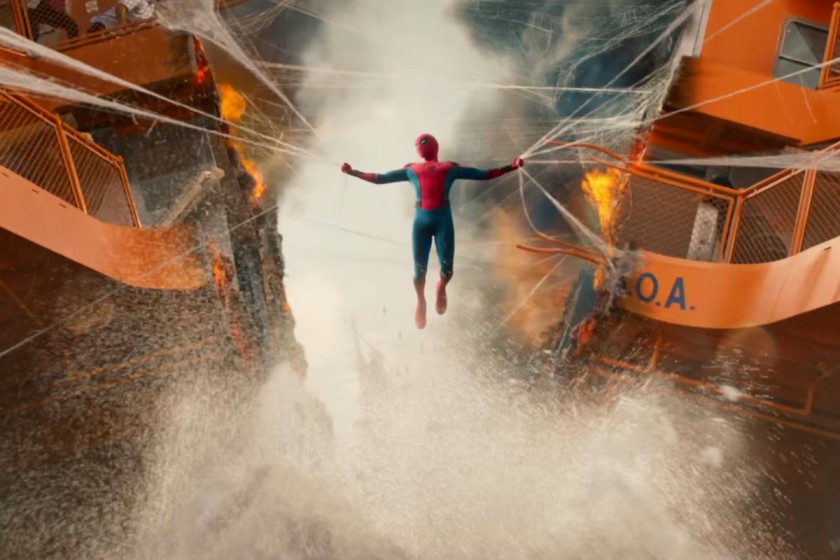 Spidey’s relationship with Iron Man is an enjoyable part of the film. Robert Downey Jr doesn’t overstay his welcome and it’s interesting to see Tony play the role of a father figure. Jacob Batalon gives a fun performance as Peter’s best friend Ned while Laura Harrier’s role as Liz is more than just a typical love interest. All the supporting cast did an amazing job and it makes the film stronger.

Spider-Man: Homecoming works as both as high-school drama and superhero film. It brings an iconic character down to earth, helping Spidey fit snugly into the MCU without getting bogged down by franchise history.