The life of a superhero is often dangerous and stressful. In addition to protecting innocents, superheroes have to balance a secret identity with their personal life, so it’s little wonder that the pressure can take a toll on mental health. But some comic characters are able to remain optimistic no matter how bad their circumstances become. Nightwing is a perfect example.

You’d think that partnering with Batman for so many years would have left a dark mark. But Richard Grayson has been able to take everything in his stride. From his earliest years, the original Robin has maintained a positive attitude that’s stayed with him throughout his life.

From a mental health perspective, that’s pretty powerful. So, let’s take a closer look at the life of the original Boy Wonder and see what makes him such a great role model for positive mental health. END_OF_DOCUMENT_TOKEN_TO_BE_REPLACED 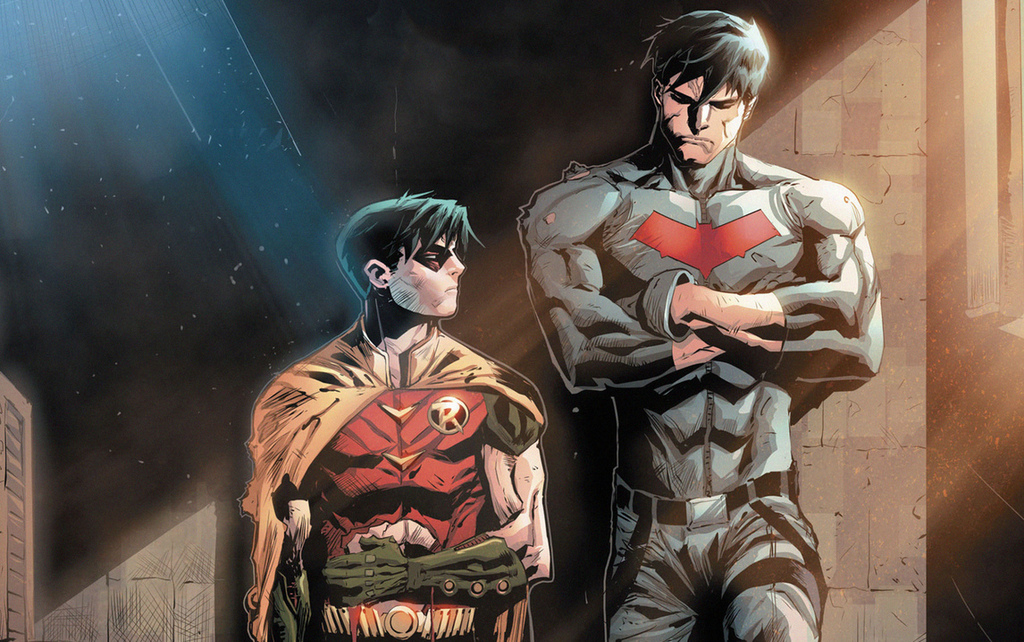 For those of you who’ve been reading The Comic Vault regularly, you’ll have probably realised by now Jason Todd is my favourite comic character. His background, personality and lifestyle make him one of the most interesting characters in the Batman universe. As Red Hood, Jason has a dedicated following, but that wasn’t always the case. During his early years as Robin, Jason was so unpopular that fans decided to kill him off.

I disagree with the backlash Jason received, though the story of how he became Robin is worth knowing about. I’m looking into Jason’s tenure as Robin to show how he was a better Boy Wonder than people gave him credit for. END_OF_DOCUMENT_TOKEN_TO_BE_REPLACED

For years, Batman has waged war on crime, enlisting many partners into his crusade. Each person has needed to work hard to gain his trust, including his biological son Damian Wayne. As the son of Bruce Wayne and Talia Al Ghul, Damian has had a complicated childhood to say the least. Raised by his mother and taken into the care of his father as the latest Robin, Damian has needed to fight against his killer instincts. It raises the question as to whether he could be worthy of Batman’s legacy. END_OF_DOCUMENT_TOKEN_TO_BE_REPLACED

Comic characters are always changing, whether through personal choice or the experiences that shape them. No one can stay the same forever, otherwise it leads to repetitive stories. Red Hood is a character that’s gone through a lot of changes, developing from a murderous anti-hero into a trusted member of Batman’s inner circle. Jason Todd’s progression was built up over years, as he needed to earn back his mentor’s trust and overcome his personal demons.

At his core, Red Hood has always been motivated by his own sense of justice. His willingness to kill criminals set him apart from other members of the Batman family. But as he developed, Jason chose to honour Batman’s wishes by no longer killing. But did taking that aspect away make Red Hood less intriguing?

END_OF_DOCUMENT_TOKEN_TO_BE_REPLACED

Batman is often called the world’s greatest detective for his analytic and investigative skills. His crime-solving ability has earned him the respect of friends and enemies alike. He’s passed on his expertise to several young crime fighters, including Tim Drake. As the third Robin, Tim had to fight to earn his place in Batman’s inner circle. He did this through a mixture of intellect and deductive ability. Ultimately, Tim outgrew the Robin mantle and became Red Robin. Tim’s skills are impressive, which is why it’s worth asking the question of whether he’s a better detective than Batman.

END_OF_DOCUMENT_TOKEN_TO_BE_REPLACED

“Nightwing. Do you know where that name comes from? Most people think it’s a Batman thing. Y’know, former Robin emulating his former mentor because bats go out at night. They’ve got wings. It makes sense. But actually, it comes from Superman. See, Big Blue told me about these legendary heroes from his home planet, Nightwing and Flamebird. The Nightwing was the great rebuilder. The catalyst of change. Eternally reborn to start anew.” – Dick Grayson

Nightwing is one of my favourite superheroes because of his skill, optimism and colourful history. The original Robin stepped out from Batman’s shadow and he’s been a part of several iconic stories. Nightwing: Better Than Batman, written by Tim Seeley, features Dick Grayson returning to his roots and reclaiming his former identity in order to infiltrate the Parliament Of Owls. But a new player with ties to Grayson’s past threatens to change his entire philosophy and drive a wedge between Batman.

END_OF_DOCUMENT_TOKEN_TO_BE_REPLACED 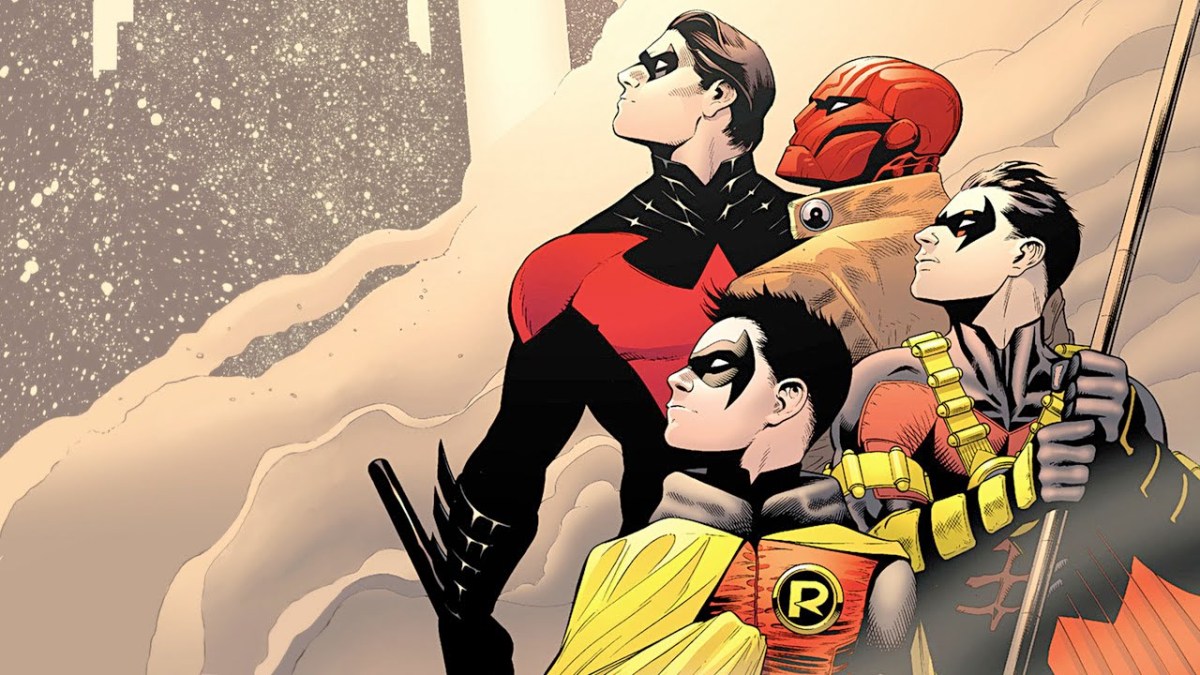 In the history of comics, Batman is one of the most enduring characters. Grim, dedicated and incorruptible, The Dark Knight wages a tireless war on crime. But even someone as formidable as Batman can’t do everything alone, and that’s where Robin comes in. Robin balances Batman out, providing a light to his darkness. Yet Robin is bigger than a single person. It’s an identity, a symbol of hope for younger heroes.

Over the years, Bruce has taken in several children and raised them to fight crime. In mainstream continuity, there have been five Robins, each different to the one who came before them. They all represent something to Batman, and here I examine who they are and what makes them important.

END_OF_DOCUMENT_TOKEN_TO_BE_REPLACED 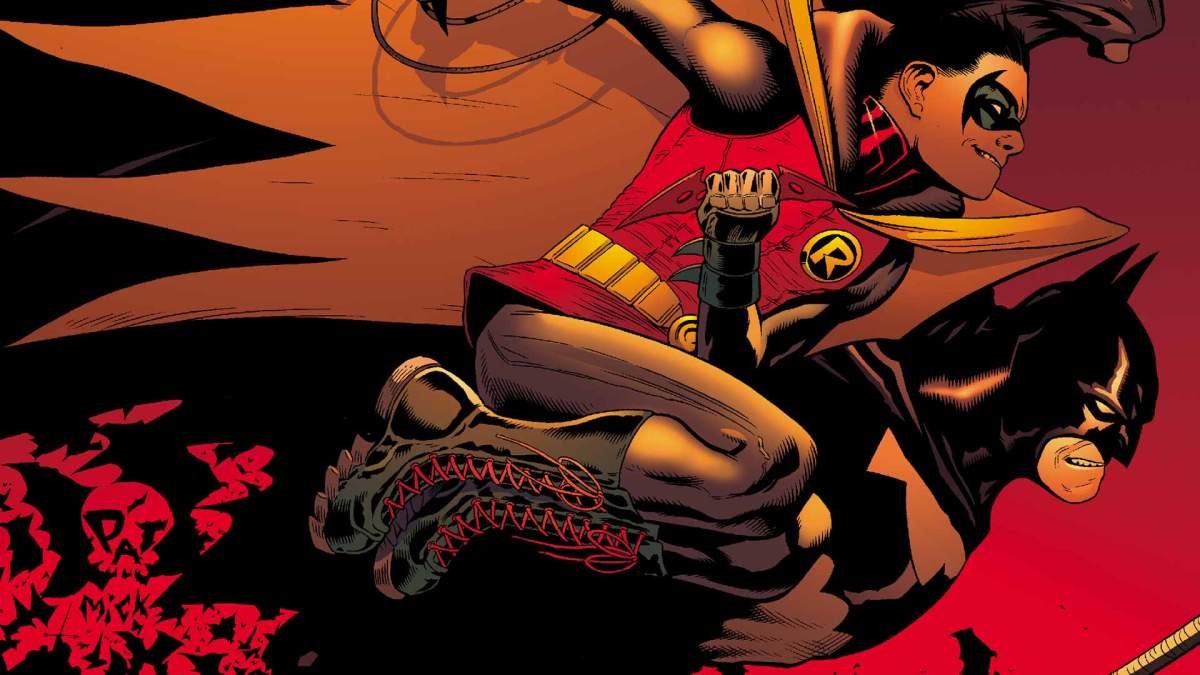 I’m sure you’ll be angry with me for disobeying you again but I don’t care, I will not let you fight Leviathan alone. You need me and I will always be at your side. Because it will be hard for me to say these words face to face, I want you to know that Mother may have given me life, but you taught me how to live.

There comes a time in when we lose someone close to us, whether it’s a relative or friend. Grief is a natural coping mechanism and we all grieve in different ways. Grief is the focus of Batman And Robin: Requiem For Damian, as The Dark Knight struggles to cope with the loss of his son. Written by Peter J. Tomasi and drawn by Patrick Gleason, Requiem For Damian presents a raw, emotional father who will do anything to bring his child back.

END_OF_DOCUMENT_TOKEN_TO_BE_REPLACED

Batman’s rogue gallery is filled with some of the most multi-layered characters in comics. From The Joker, to Mr Freeze, they constantly challenge The Dark Knight and push him to his limits. A character who’s always existed in morally grey area is Talia Al Ghul, daughter of Ra’s Al Ghul and the mother of Bruce Wayne’s son, Damian. Talia’s relationship to the Bat Family is important, and here I examine who she is as a character and how she connects to Batman.

END_OF_DOCUMENT_TOKEN_TO_BE_REPLACED

Music and comics are two passions of mine, so I thought I’d combine them by introducing a new segment to the blog called The Pop Culture Playlist. Every so often I’ll be choosing one character and putting together a list of ten tracks that describe who they are, specific lyrics and why I’ve chosen each song. To begin, I’ll start with the incomparable Batman. Bruce Wayne has suffered and sacrificed a lot to become The Dark Knight, and here is a playlist that reflects his tireless crusade.