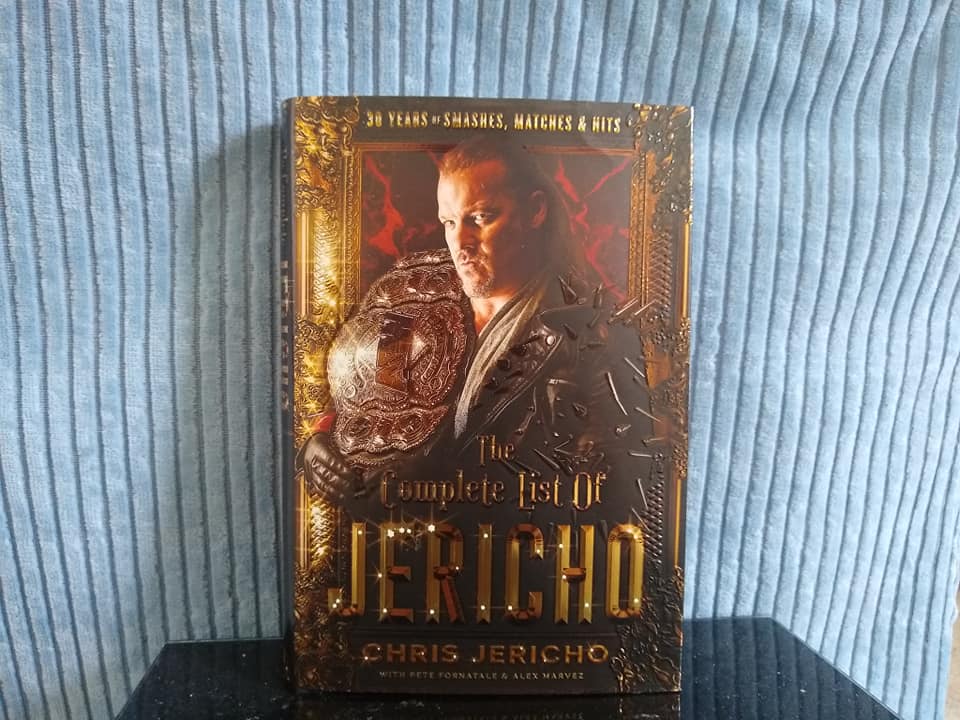 In the world of professional wrestling, few have accomplished the level of longevity that Chris Jericho has. Over a career that’s spanned thirty years, Jericho has constantly reinvented himself and transcended wrestling. He’s a best-selling author, rockstar, podcast host, entrepreneur and all around awesome human being for his dedication to elevating the wrestling industry and his peers.

As someone who finds journaling therapeutic and productive, it’s fascinating to see the practice done through a wrestling lens. Jericho is the only wrestler to keep a complete list of his matches that started with his debut performance way back on October 2nd 1990 in Ponoka, Alberta against long-time friend Lance Storm.

Each match is laid out with crowd size, the amount Jericho earned and a personal star rating system. There’s also extra notes and stories sprinkled throughout the journal on specific matches for more context.

Some personal favourites include notes from match 36 about Jericho driving 38 hours straight from Los Angeles to Calgary in salty swim trunks and a story about match 2130 that involved Jericho convincing Vince McMahon that he and Rey Mysterio could finish the match by pulling the master of the 619’s mask off halfway through the move, to name a few.

Like any journal, the format changes overtime, with Le Champion becoming less focused on recording how much money was earned and concentrating more on the star rating system.

Psychology wise, there’s a lot to take away from Jericho’s approach to journaling and how it can become a living record of accomplishments and a powerful reminder of how far someone has come.

Beyond the match list, The Complete List Of Jericho features all kinds of infographics, top 10 roundups and commentary from Jericho’s peers and rare photos. I particularly enjoyed reading the top 10 roundups because they provide added context on favourite opponents, worst matches etc.

One of my favourite examples of this type of content is Jericho’s top ten merchandise picks, which features a bowling ball, Doritos and other bizarre items. Another is the top ten objects Jericho got over with the fans, which include the famous List of Jericho, the infamous Mitch the Potted Planet and The Walking Dead inspired Floyd The Bat.

Another section that is sure to be appreciated by long-time and new fans is a deep dive into Jericho’s AEW matches and information on how certain concepts came together e.g. The Stadium Stampede and Mimosa Mayhem.

A true celebration of Hall of Fame career

The Complete List Of Jericho is the portrait of a man who’s lived and breathed wrestling for three decades and shows no signs of slowing down. Whether you’re a hardcore Jericho fan or a casual wrestling fan, you’re sure to take something away from the tome.

In a more general sense, the book provides some great insight into the act of journaling and can be read as the personal thoughts of someone who has used the recording of memories to better himself and inspire others.

One thought on “The Complete List Of Jericho Review: How To Journal Like A Wrestler And Lead An Unforgettable Life”