Supernatural Superheroes is a series that puts the spotlight on gothic comic characters and examines their backstory in greater detail. Every culture has their own version of the gothic, and for Native American superheroes like Shaman, it involves a proud tradition of magic. As a member of the Tsuu T’ina tribe and the Canadian superhero team Alpha Flight, Michael Twoyoungmen has dedicated himself to protecting the world from occult threats. Read on to find out how the character can be connected to Manchester. 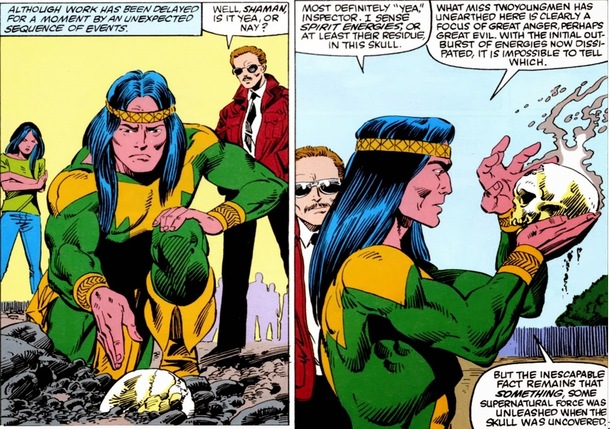 Despite Twoyoungmen’s best efforts to find a cure, Kathryn and his grandfather passed away on the same day. Crippled by grief, Twoyoungmen went into seclusion, leaving his daughter Elizabeth to be raised by family friends. Elizabeth grew to resent her father for being unable to save her mother.

In the cabin, Twoyoungmen reached out to his grandfather’s spirit and went on a vision quest to rediscover his place in the world. After the vision, Twoyoungmen gained faith in magic and learned the teachings of Sacree medicine men. He acquired a magical medicine pouch that allowed him to draw physical and mystical objects from the pocket dimension within.

He adopted the codename Shaman and went on to assist in the birth of a demi-goddess called Snowbird, the offspring of a human and the Inuit goddess Nelvanna. Shaman developed a fatherly bond with Snowbird, helping to raise and protect her. Eventually, they both became founding members of Alpha Flight, defending Canada against internal and external threats. 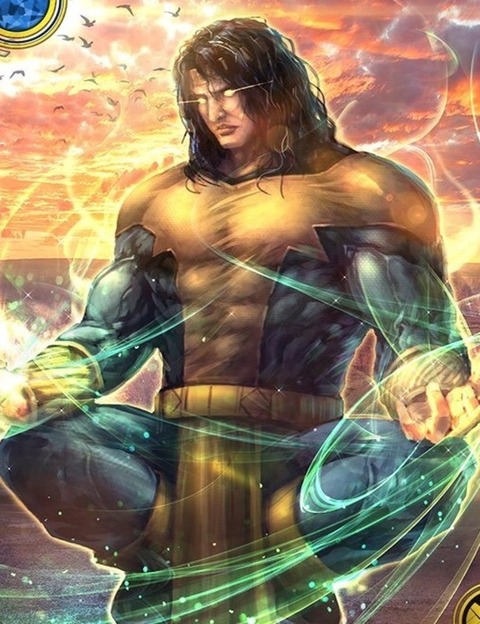 Years later, Shaman reunited with his daughter to defeat one of the evil Great Beasts, Ranag the Devourer. The creature had possessed a young woman and though Shaman was successful in saving her, it came at the price of trapping Elizabeth within his medicine bag.

This took place when she donned a mystical item called the Coronet of Enchantment. Unable to remove it, Elizabeth was transported into the bag and the resentment she had for Shaman turned into hatred. Shaman’s failure to save his daughter led to a crisis of faith, but eventually he was able to rescue her with the help of Alpha Flight. Shaman and Elizabeth finally reconciled with each other.

Native Americans in the North West

Manchester has an interesting history with Native American tribes, dating back to the 19th century, when Buffalo Bill’s Wild West show came to Salford. Bill’s company consisted of 97 Native Americans who set up camp on the banks of the River Irwell in the winter of 1887. Warriors from the Oglala tribe of the Sioux Nation recreated classic gunslinging sequences alongside cowboys. The show proved to be so popular that it stayed for five months before moving on to Europe.

Black Elk, an Oglala medicine man, spoke of his stay in Manchester in his book called Black Elk Speaks. According to the book, he and some others were left behind in Manchester and they had to find their own way back to South Dakota.

Recently, a totem pole that was created to represent Manchester’s trade
connection with Canada has been restored in Salford. It was carved by chief Doug Cranmer of the Kwakwaka’wakw tribe in 1969 and was taken down in 2005 because of wood rot. The pole also made an appearance on the Antique Roadshow held in Media City.

(This article originally appeared in HAUNT.)