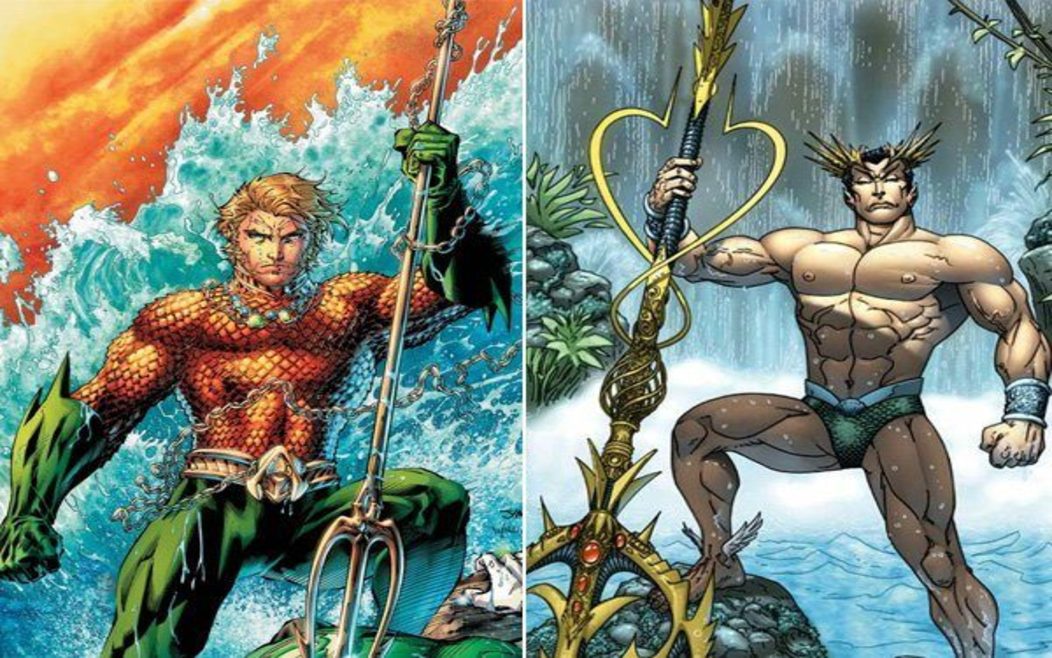 There are many comics characters that share similarities with each other, but few have more in common than Namor The Sub-Mariner and Aquaman. With similar powers and backstories, both have received their fair share of attention over the years, yet Aquaman is better known, thanks to TV and movie adaptations. Despite Aquaman’s mainstream appeal, I find Namor to be a more relatable character. Read on to find out what makes The Sub-Mariner so compelling. 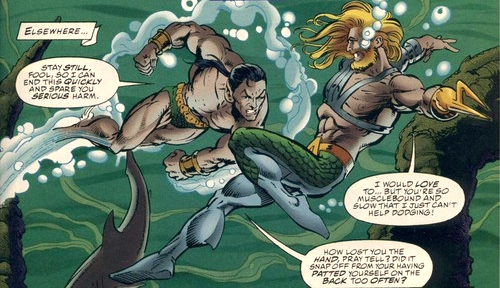 A tale of two kings

Namor first appeared in 1939 and was created for Timely Comics, while Aquaman appeared in the pages of 1941’s More Fun Comics #73. Namor grew up as the son of an Atlantean princess and human sea captain, whereas Aquaman’s origins have been changed several times. A modern retelling of Aquaman’s story involved him being born to the Queen of Atlantis and abandoned as a child because he was thought to be cursed.

Both characters have similar powers of super strength, durability and the ability to breathe on land. Aquaman’s most prominent power is his ability to talk to aquatic life, and while Namor can communicate with sea creatures as well, it is considered one of his lesser known powers.

In terms of attitude, the two kings couldn’t be more different. Aquaman was conceived to be a traditional superhero, whereas Namor has played the role of a hero, anti-hero and villain. In his earliest adventures, Namor was positioned as a character who fought against the United States and the rest of humanity because of the damage they caused to the oceans.

It was only after he joined the fight against the Axis powers in World War II that Namor became a superhero in the traditional sense. He joined Captain America, Winter Soldier and the original Human Torch to form the Invaders, but his motives were based on defending Atlantis against the Nazis, who were looking to experiment on his people. 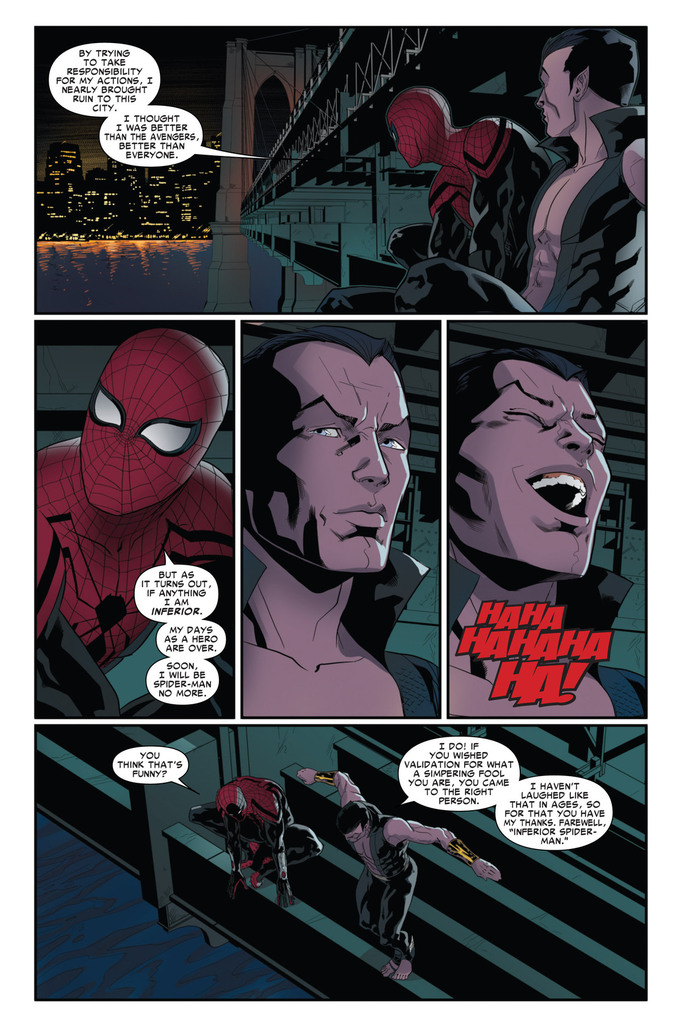 Namor’s identity as an anti-hero makes him stand out from Aquaman. Even when he’s fought alongside heroic teams like The Avengers and The Fantastic Four, Namor has maintained a fierce independent streak that makes him difficult to work with. Defined by his arrogance, The Sub-Mariner respects very few people, often acting in a condescending manner to those he finds unworthy of being in his presence.

Namor has also demonstrated many positive qualities. He’s completely devoted to Atlantis and has been willing to sacrifice himself to save his people on multiple occasions. The Sub-Mariner is also willing to fight for marginalised groups. An example of this occurred when he joined the X-Men and sided with Cyclops over Captain America during the events of Avengers vs X-Men. 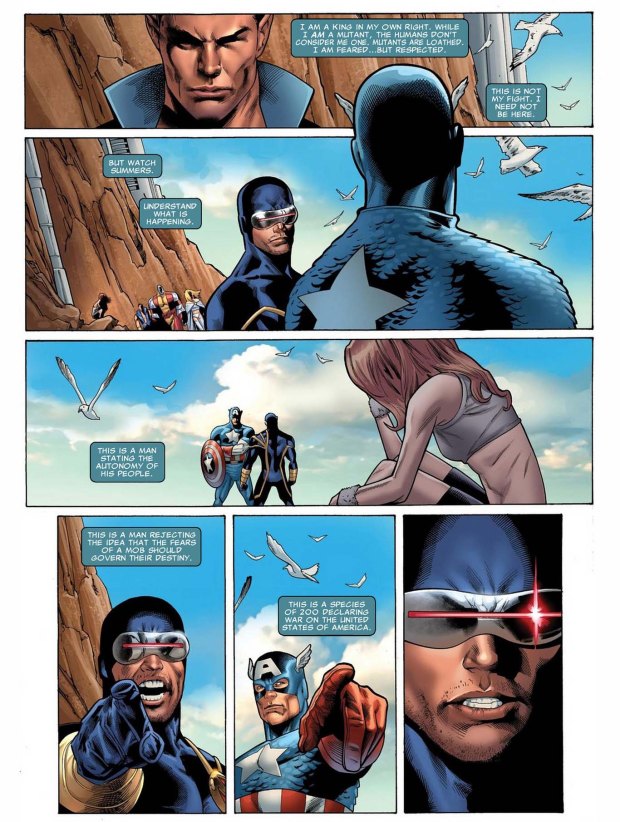 “People ask why I stand with the mutants. I am a king in my own right. While I am a mutant, the humans don’t consider me one. Mutants are loathed. I am feared…but respected. This not my fight. I need not be here.

But watch Summers. Understand what is happening. This is a man stating the autonomy of his people. This is a man rejecting the idea that the fears of a mob should govern their destiny. This is a species of 200 declaring war against the United States of America….Ultimately, the reason why I stand with mutants is simple. How could I not? There are those who would stand with the many against the few. But Namor will never be amongst them.” – Namor

It’s a crucial sequence that highlighted Namor’s individualism. Namor had fought beside Captain America for years and considered him a friend. Yet he refused to give up his principles for the sake of friendship. He was willing to side with a man he’d only known for a few months in the name of standing up for a cause he believed in. 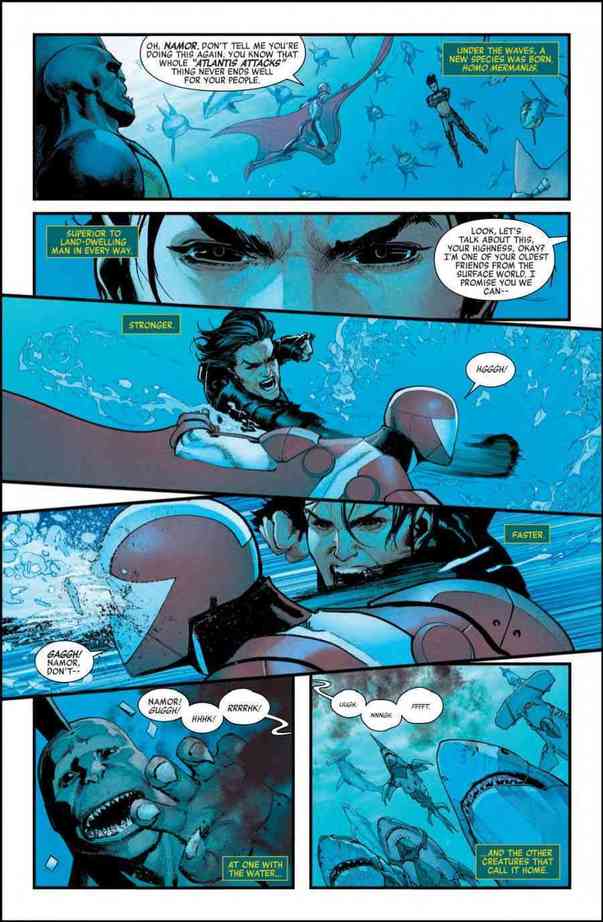 In recent years, Namor has been cast in a more villainous role by once again declaring war on the surface and fighting against The Avengers.

A recent encounter with the team saw Namor go so far as to kill one of his former friends, Stingray. After beating Stingray half to death, The Sub-Mariner fed him to sharks, demonstrating how ruthless he can be when it comes to protecting his kingdom.

Ultimately, Namor is a character with many flaws, and it makes him worth reading about. To learn more about The Sub-Mariner, be sure to watch the latest Comic Curators video, where I discuss Namor’s history and his complexity in more detail!

9 thoughts on “Why Is Namor More Interesting Than Aquaman?”