The Wild West is one of those iconic genres that conjures images of open plains and rugged landscapes. The Western genre has become a part of every storytelling medium, including comics. Western comics such as DC’s All-Star Western and Vertigo’s Preacher series have kept the genre going from strength to strength for around a century. I’m looking into the history of Western comics to see how they’ve developed and what makes them so enduring.

The earliest Western comics appeared as newspaper strips in the 1920s. An early example, Young Buffalo Bill, written by Harry O’Neill, appeared in 1928 and told the story of a group called The Boy Rangers. In the 1930s, Western comics became more frequent, thanks to publishing houses such as Centaur Publications and National Allied, the company that would become DC Comics.

The golden age of Western comics began in the years after World War II. People who had served in the war wanted new subject matter because superheroes had gone out of style. All of the major publishing houses jumped onto the craze and series like All-Star Western, Kid Colt Outlaw and Rawhide Kid rode a wave of popularity.

Public infatuation with Western comics lasted until the 1960s and a cultural shift took place. The romanticised view of the Wild West felt out of touch with issues like the Vietnam War, leading to a decline in sales.

During the 1970s, Western comics changed to depict the Wild West in a more authentic light. Darker stories focused on the lawlessness of the time period, while the characters were presented as more complex. The shift in tone gave rise to the weird western genre, a mix of western, horror and occult themes.

I would argue the first instance occurred in 1972 when DC changed All-Star Western to Weird Western Tales. In 1975, DC debuted Jonah Hex, a gruff, no-nonsense bounty hunter who epitomised the weird western appeal. Hex lived a brutal life, killing when necessary. It clashed with his personal code of honour and he vowed to defend the innocent.

In 1995, Vertigo revitalised Western comics for a modern audience with Preacher. The story followed the exploits of Jesse Custer, a holy man with the ability to control people with the Word of God. Preacher contained all the familiar western tropes of lawlessness, civilisation and anti-heroes. Custer’s violent attitude jarred against his faith, while characters like the Saint of Killers personified the classic image of the Wild West.

In the modern day, comics have continued to reinvent westerns to positive effect. A recent example occurred in Logan, with Hugh Jackman’s Wolverine being portrayed as an aging gunslinger. The film made direct reference to an earlier movie called Shane, a story about a man with a mysterious past who took it upon himself to protect the innocent. 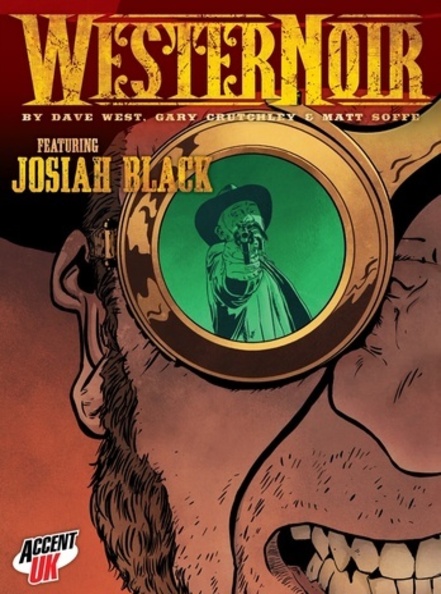 There are a range of indie creators who’ve ventured into the western genre and created something special. Accent UK’s Westernoir series focuses on a monster hunter called Josiah Black. The story combines elements of steampunk as well and has turned into one of the most enjoyable independent series I’ve read. There’s also the Cremisi series which I’d describe as a space western.

Another recent series is Buchan Comic’s Frontier Tales that’s available through indie comic printers Artithmeric. Frontier Tales has a manga style art that makes the comic stand out and I’m looking forward to seeing how it develops.

Western comics have remained popular because they tap into realism and emotion. They compare our desire for exploration with our need for expansion. Comics and the Wild West will continue to fascinate readers for years to come.

3 thoughts on “Gun-Slingers, Outlaws And Anti-Heroes: A History Of Western Comics”