Japanese mythology is filled with all kinds of supernatural creatures and monsters, ranging from mischievous kitsune, which take the appearance of foxes, to demonic oni, that live in the mountains and look like trolls. In anime, it’s common for characters to be inspired by fantastical Japanese creatures, and a franchise that does it so well is Pokémon. A lot of Pokémon are based on mythical monsters and some of my favourites have been influenced by yokai, Japanese ghosts and phantoms.

Yokai are among the most common entities in Japanese folklore, capable of doing good and bad. Through Pokémon, yokai have been reinvented for a new generation. In this article, I’ll be examining what yokai are, their relevance to modern day culture and the types of spirits that have been featured in Pokémon.

Yokai (妖怪) refers to a broad class of supernatural spirits that make up the world of Japanese folklore. Other words to describe them include mononoke, obake and bakemono, but yokai has become the most common name for paranormal phenomenon in Japan.

Traditionally, yokai possess animalistic features, such as wings, which are associated with tengu, or shells, which are seen on turtle-like beings called kappa. But it’s just as likely for yokai to have human traits as well. They may be able to transform themselves into different objects and effect the world around them.

In terms of behaviour, yokai run the gamut from mischievous to malevolent. For example, a child-like spirit called a zashiki-warashi might cause minor problems such as making a house untidy. An evil being like the yamauba has an appetite for human flesh, while helpful spirits like the honengame are capable of bringing good luck. It all depends on the type of yokai and their specific personality.

The legend of the yokai has lasted for hundreds of years, so it’s no surprise that they have been redefined in an accessible way for young audiences. In Pokémon, the best examples of yokai can be seen in the ghost type. Ghost Pokémon like Ghastly and Giratina embody the characteristics of Japanese phantoms. I’ve included some of my favourite yokai-inspired Pokémon below:

As a first-generation Pokémon, Ghastly is a classic example of yokai being redeveloped for modern pop culture. Ghastly is based on the Sogen Bi yokai, a type of fire spirit that has flames surrounding its head and floats around at night.

The story of the fireball yokai comes from the legend of a Kyoto monk called Sogen. Wicked and opportunistic, Sogen stole money and sacred oil from his temple. After he died, Sogen was punished in hell and reborn as a flaming headed spirit.

Japanese folklore is rife with stories of beautiful female yokai that enchant travelers. One of the most popular tales is of the yuki-onna, women who appeared during blizzards to lead people astray. Once they ensnared a victim with their beauty, yuki-onna used their icy breath to freeze men solid. They had long black hair, piercing eyes and wore a white kimono. Yuki-onna have also been depicted as falling in love with mountain climbers and having a family with them.

All of the yuki-onna’s elegance has been distilled into Froslass. With a kimono style design, piercing eyes and enchanting nature, Froslass is the type of Pokémon you’d have to be wary of during a cold night! 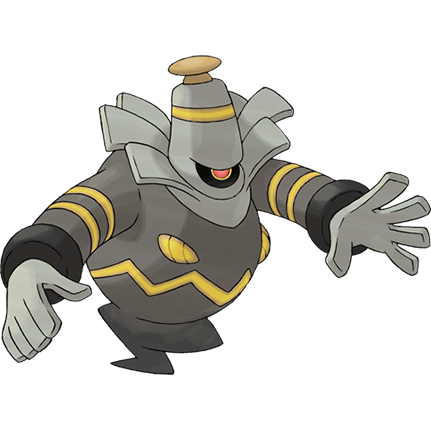 Dusknoir looks like a cross between a cyclops and paper lantern and has the power to communicate with the spirit world. It sucks souls up into its body and carries them home, indicating its benevolent nature.

The Gripper Pokémon was inspired by the legend of the chochin-obake, a kind of harmless yokai that belongs to the tsukumogami class. This kind of spirit is thought to possess inanimate objects. Said to inhabit a paper lantern, chocin-obake enjoy surprising people with their big eyes and long tongues. 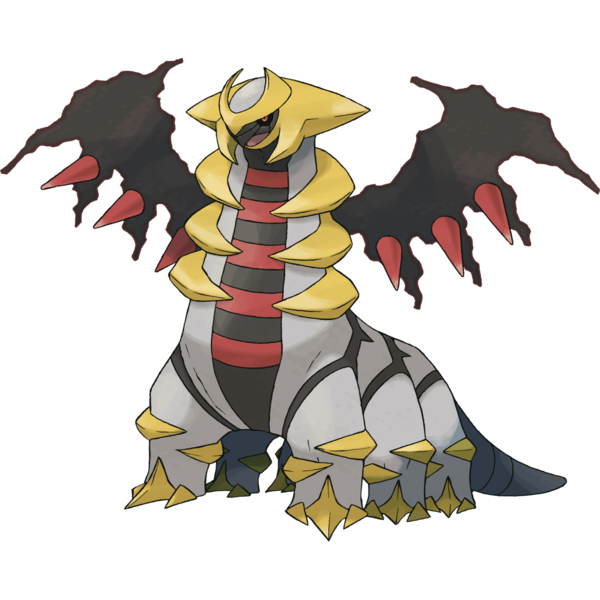 Have you ever looked at Giratina and thought it resembled a giant centipede? That’s because the ruler of the Distortion World is based on the monstrous omukade yokai. In Japanese folklore, omukade are depicted as giant centipedes that live in the mountains and are so terrifying, they have been known to trouble dragons.

Omukade have tough exoskeletons that can’t be pierced by normal weapons. Their only weakness is human saliva. This belief was made popular by the tale of Hidesato, who climbed Mount Mikami and defeated an omukade by coating an arrow with his spit. The arrow broke through the beast’s armour and brought it down.

As my favourite ghost Pokémon I believe Gengar represents the capriciousness of yokai. This is personified through its attitude of pranking people, casting curses and taking delight in scaring its victims.

Gengar was possibly based on hyosube: sinister, humanoid spirits that wear malicious smiles. They have sharp claws, big appetites and a love of mischief. However, they have a strong sense of honour, which can be linked to Gengar’s loyalty towards a trainer that has earned its respect.

Yokai in the modern day

The success of Pokémon has transformed yokai from dangerous spirits into child-friendly animals. Monstrous characteristics have been toned down in favour of cuddly designs that appeal to people of all ages. I think this is brilliant from a western perspective because the series has introduced Japanese folklore in a relatable way through the games and anime show.

Whether in appearance or move set, each yokai-based Pokémon has retained a sliver of its origin story. In terms of understanding Japanese mythology, I feel Pokémon is a great starting point for anyone who’s interested in finding out more.

I’d argue yokai are as relevant as ever in the modern day because they’ve crossed over into different mediums and intrigued audiences outside of Japan. The greatest ghost stories cross cultures and that is certainly the case with yokai.

(This article originally appeared on http://www.otakuusamagazine.com.)

4 thoughts on “How Pokémon Reinvented Yokai For A New Generation”