Pop culture means different things to different people. It covers music, TV, movies, gaming and more. The beauty of pop culture is that it connects people together and Manchester has all kinds of attractions for geeks, gamers, metal heads, comic fans and everything in between. Manchester caters to all walks of life, which is why I’ve put together a pop culture guide for anyone who’s looking to embrace an alternative kind of trip. 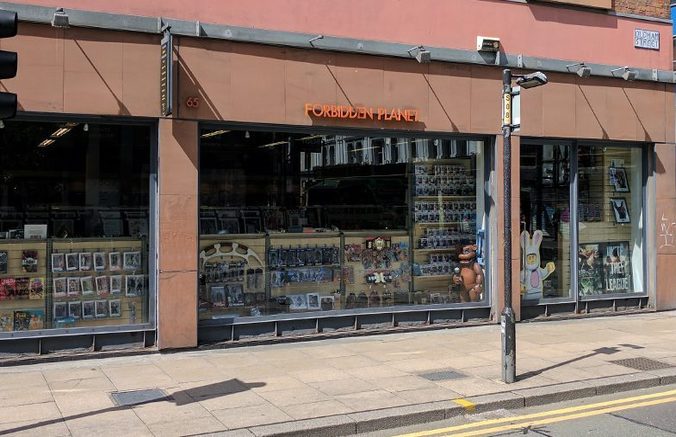 Start your comic collection at Forbidden Planet or Travelling Man

Superheroes are one of the biggest phenomenon in the world right now. As an unashamed comic fan, I’m proud to say we’re living in a golden age of graphic novels.

Manchester is a haven for Marvel and DC fans, which is why I’d recommend checking out either Forbidden Planet or Travelling Man in the Northern Quarter. Both shops are nearby each other and you’ll be able to browse graphic novels at your leisure.

Forbidden Planet is the bigger of the two stores. The first floor is dedicated to pop culture statues, figures and memorabilia. Walk into the basement and you’ll be treated to a vault of comics. Every time I go in, I feel like a kid in a candy store.

Travelling Man is smaller but has a generous amount of graphic novels as well. What I love about Travelling Man is that they often do comic discounts and host regular signing events from people in the industry.

Whether you’ve been collecting comics for years or you’ve just started, Forbidden Planet and Travelling Man are must-visit shops.

If you’re feeling in an indie kind of mood then you’ll want to visit Afflecks. Described as an ‘emporium of eclecticism,’ that’s a fancy way of saying you’re able to buy all kinds of weird and wonderful stuff.

As soon as you walk in, it feels as if you’re navigating through a gothic flea market. Badges, vinyl, retro games, skinny jeans, Pokemon cards, guitars and 1920s style dresses are all for sale.

Afflecks also boasts some great places to eat. Treat yourself to a healthy meal at Manchester Vegan Café on the bottom floor and then reward yourself with ice cream at Ginger’s Comfort Emporium.

Play Dungeons and Dragons at Fanboy 3

Walk a little further into the Northern Quarter and you’ll come across a shop that’s filled with board games on Hilton Street.

Fanboy 3 is ideal for anyone who’s interested in games like Dungeons and Dragons, Yu-Gi-Oh! and Magic: The Gathering. They sell a range of merchandise and host regular gaming tournaments as well.

Read a book and buy a book at Chapter One Café

One of my favourite things to do is read a book and drink a good coffee. At Chapter One, you can do both.

Located on Lever Street in the Northern Quarter, Chapter One is the perfect mix of novels and coffee culture. You can buy a book and help yourself to a wholesome cappuccino at the same time.

If you’re planning to stay out late then you’ll be happy to know Chapter One stays open until midnight every day!

The Vikings were known for a few things: pillaging, drinking and more pillaging. Axe throwing played a big part in their culture and you’ll be able to feel like Ragnar Lodbrok for a day by trying out Whistle Punks Urban Axe Throwing.

Found in the Great Northern on Deansgate, the experience involves competing with your friends to see who can be crowned the king or queen of axes. You’ll start off with a safety briefing and go through different throwing techniques. Once you’ve got the hang of it, it’s time for the tournament to begin.

Think of it as a combination of darts and historically awesome weapons.

Wrestling has always been a huge part of pop culture. Back in the ‘90s, the likes of Stone Cold Steve Austin and The Rock were revolutionising the industry one catchphrase at a time.

In the modern day, WWE have got even bigger and the UK has a thriving independent wrestling scene.

There are plenty of indie shows in Manchester, hosted by companies like Futureshock Wrestling and International Pro Wrestling. See people get body slammed, enjoy a beer and bond over a sport that involves a lot of brilliant storytelling. 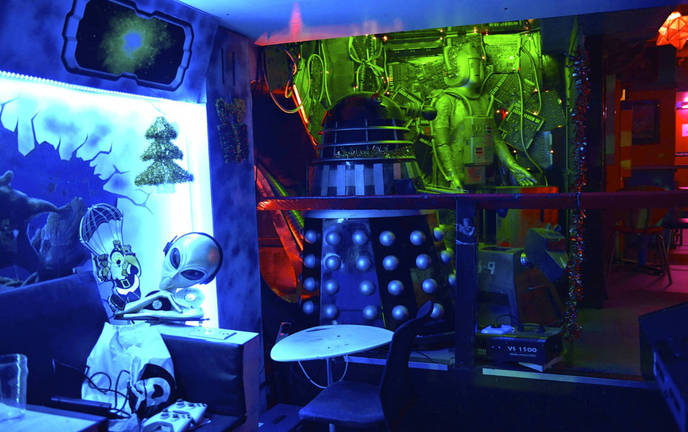 Enjoy a pop culture night out at the Fab Café

The Fab Café, found on Portland Street, has been a staple of the Manchester pop culture community since 1998.

A TV and movie themed bar, there are all sorts of gloriously geeky references inside. Keep an eye out for a replica of Doctor Who’s Tardis and retro video game machines. The food menu contains classic dishes like fish finger sandwiches and out there combinations like ravioli on waffles, all in the range of £2 to £3!

Games have come a long way since the days of Space Invaders and Pac-Man, but there’s no denying their classic appeal. You can play both titles and a range of other retro machines at NQ64 in the Northern Quarter. Whether you fancy causing fatalities in Mortal Kombat or playing as James Bond in GoldenEye 007, NQ64 will appeal to gaming veterans and newbies alike.

For £5 you can buy 15 tokens that work on all the arcade machines. The bar also features consoles that are free to play. NQ64 offers an extensive pop culture cocktail list as well, so game, drink and be merry at one of Manchester’s coolest bars.

(This article first appeared on This Is The North West.)