Having a tragic love life is one of the most common themes of being a superhero, especially if you’re Wolverine. Logan has loved many women over the years, such as Jean Grey and Silver Fox, though each relationship has ended in heartbreak or death. Mariko Yashida is someone who has paid the price for being with Wolverine. Mariko died when she asked Logan to mercy kill her after she was poisoned with puffer fish venom.

Recently, Mariko was resurrected as the Scarlet Samurai in the pages of Old Man Logan. With her revival comes the opportunity for Marvel to explore the character in a way that’s never been done before and this can be achieved by featuring Mariko in her own series. Here are four reasons why she deserves to have her story told. 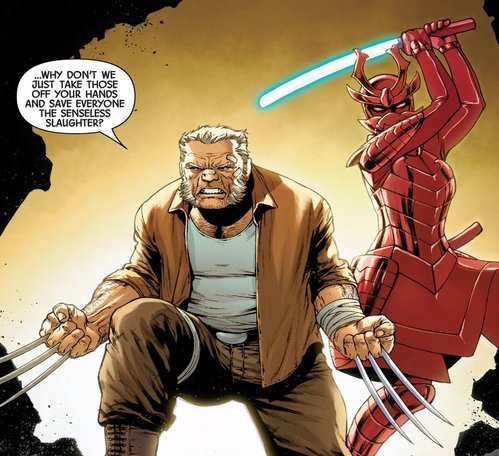 1. She has unfinished business to attend to

As a member of Clan Yashida, Mariko has ties to the Japanese underworld. The Yashida Clan is considered to be one of the most influential families in Japan, and now that Mariko has come back to life it creates all kinds of interesting possibilities. Clan Yashida is currently run by her nephew, Silver Samurai, who has a very loose definition of honour to say the least. Imagine Mariko taking back her birth right and fighting to restore Clan Yashida’s honour as she tried to do so many years ago.

There’s also the problem of Gorgon and The Hand, who are hellbent on taking over the Yashida Clan. They could serve as the main antagonists of the series and give Mariko something to fight against.

2. A spotlight on Japan

A Scarlet Samurai series has the potential to put the spotlight on a country that hasn’t been explored as much as it should in comics. Marvel regularly features the Land of The Rising Sun in Wolverine stories, but it’s rare for the publishing giant to focus on a Japan-centric comic with a Japanese protagonist. By having a series set in Japan, it creates the opportunity for other Japanese superheroes to work alongside Mariko.

For example, Yukio, a former Clan Yashida assassin, could star in a supporting role, helping Scarlet Samurai against The Hand. Sunfire, another important Japanese hero, could also make an appearance. As Mariko’s cousin, Sunfire would have a vested interest in her wellbeing.

3. Scarlet Samurai isn’t defined by her relationship with Wolverine

Mariko is considered to be one of Wolverine’s greatest loves, but there’s so much more to her than that. She’s stood tall in the face of her family, she’s reclaimed her life from The Hand and she’s proven herself as a capable warrior. By starring in her own series, Mariko can grow as a person and develop new relationships. Through Mariko, important issues can be discussed, such as what it means to be a woman in Japan. 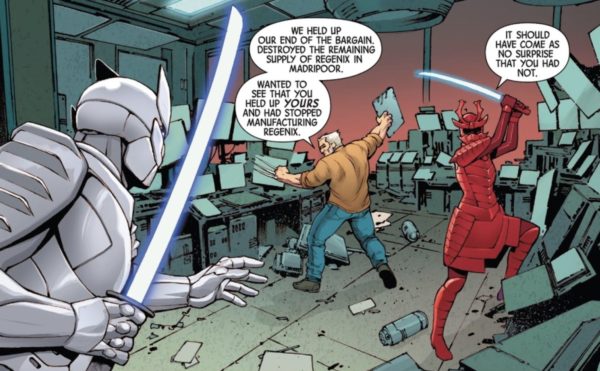 4. She’s an example of a strong Asian superhero

In recent years, Marvel have a good track record of presenting complex Asian superheroines such as Jubilee, Psylocke and Silk. Marvel can continue its progressive approach by concentrating on a Japanese character that has a history of being used in a passive role. There’s a lot of potential for Mariko to be positioned in a leading role.

A Scarlet Samurai story doesn’t need a Wolverine cameo to make it relevant. Mariko is capable of carrying a series on her own.