Comic Kitchen is a series that creates a three-course menu around a superhero and spotlights unique food. New Orleans is renowned for having some of the most distinctive cuisine in the world. With a range of Creole and Cajun dishes, there’s so much to enjoy. Having grown up in New Orleans, Monica Rambeau is a superhero with great taste in food. I’m pleased to present a collaboration with All Star Lanes on a menu that’s fit for the former Captain Marvel. Seafood and spice come together to bring out the flavours of The Big Easy. 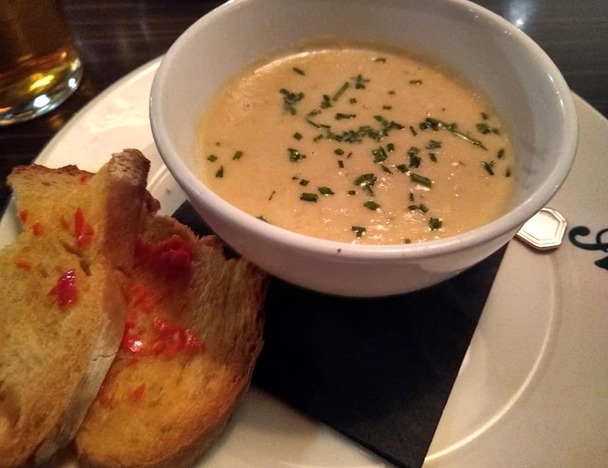 Monica spent her childhood around the New Orleans harbours, so I could see her diet being heavily influenced by fish. I think she’d enjoy eating a hearty crab and sweetcorn broth for a starter. Crab is a common ingredient in Cajun cooking and putting it with a thick sauce only enhances the taste. The chowder is rich and filling, perfect for warming up on a cold day.

The chilli butter bread adds a hint a spice that kicks in after the initial helping of broth. I could imagine Monica eating the chowder while admiring the view of the Mississippi. New Orleans is in her blood and I think she’d always gravitate back towards the city and its food. 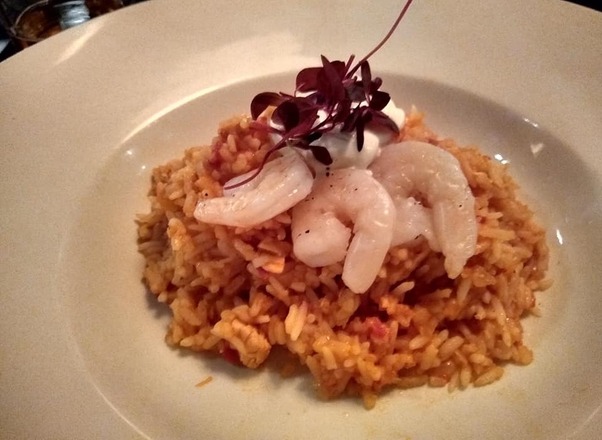 Whenever Monica is in New Orleans, I’d see her craving a dish that mixes together different flavours. She’d go to the French Quarter, find a good spot to listen to jazz and tuck into a plate of jambalaya. A quintessential Louisiana dish, jambalaya has African, Spanish and French influences. The name means ‘a mix up’ of rice, vegetables, sausages and seafood.

Many stories exist on the origin of jambalaya. I can imagine Monica relishing a debate about where it came from. A famous story claims a hungry traveller showed up late to an inn. The innkeeper, Jean, said there was no food left. The traveller answered “Jean, balayez!” (“Jean, sweep something together!”) The innkeeper whipped together the dish and was so happy with it he named it ‘Jean balayez.’ It’s the kind of folk story I could see being told in Monica’s family and she’d take comfort in the memory.

The beauty of the dish is that there are so many variations. The All Star Lanes jambalaya contains flaked salmon, king prawns, tomato paste and sour cream. It’s influenced by Creole jambalaya, which contains tomatoes, while the Cajun version doesn’t. 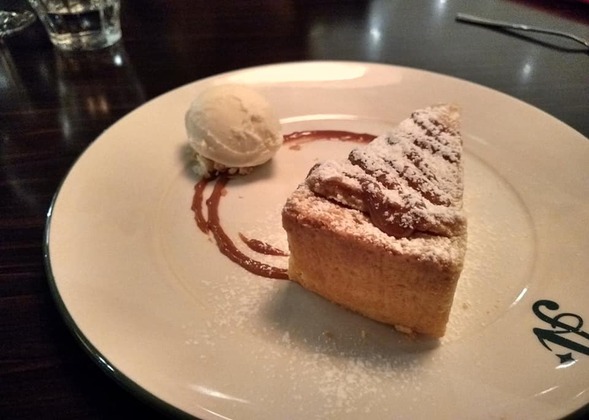 Once she’d finished her jambalaya, Monica would want something sweet to get rid of the spice. Deep fried apple pie is a classic American dessert that works for all occasions. The sweetness of the apple combines beautifully with the crustiness of the pastry. The All Star Lanes version features salted caramel sauce and a side helping of vanilla ice cream. Monica would indulge herself by coating the pie in as much sauce as possible.

Every dish on the menu would help Monica to recharge her powers. Be sure to read How To Reinvent Yourself Like A Superhero: The Monica Rambeau Story, to see what makes her such a great character.

I’d recommend trying the food at All Star Lanes in Manchester too. There’s a great variety of food on the menu and you can make an evening of it by doing some bowling as well!