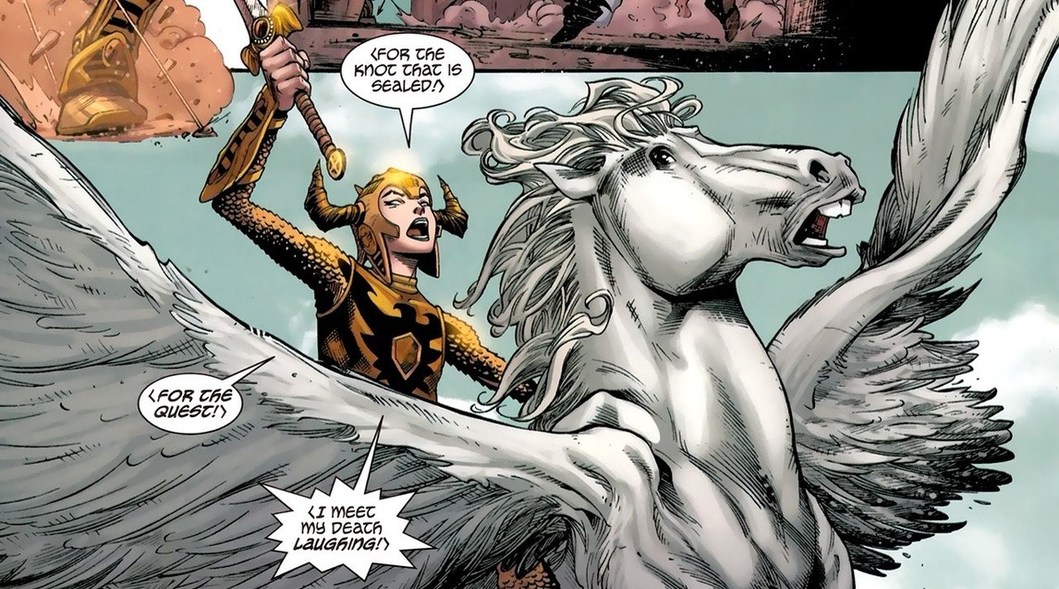 In terms of LGBT representation, comics are a progressive medium. There are a number of characters who highlight the community in a positive way. In recent years, there’s been an increase in transgender superheroes and one that’s worth looking into is The Shining Knight. With a background in Arthurian legend, the character has represented the traditional virtues of manhood and bravery. I’m examining how The Shining Knight has evolved with the times and become a gender fluid role model. 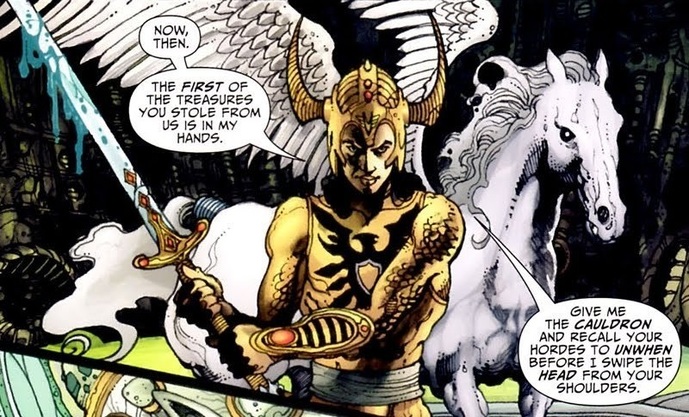 The character was reimagined in 2005 by Grant Morrison. In the new story, Ystin (the Welsh equivalent of Justin), was knighted by Sir Galahad. Ystin refused to reveal her identity as a woman because she was in love with Galahad and wanted to fight by his side as an equal. After defeating a supernatural threat, The Shining Knight found herself transported to modern day Los Angeles.

During The New 52, The Shining Knight was presented as transgender, identifying as a man but having the appearance of a woman. It’s important to note that this started off as a running gag in Demon Knights, with the team unsure of The Shining Knight’s gender. The writer of the series, Paul Cornell, chose to turn the story into a gender identity plot. Ystin commented on his identity in the 14th issue.

“I’m the other too. I was born this way. I’ve kept saying whenever anyone asks. I’m not just a man or a woman. I’m both.”

In an interview with Newsarama, Cornell stated he wanted to be ambiguous about The Shining Knight’s identity.

“I think that’s down to what each individual reader wants from that exchange, or most identifies with. Why shut down any of the possibilities?”

The interview created even more ambiguity because the interview referred to Ystin as ‘intersex’ while Cornell has come out and said that he feels the character is transgender. Comics Alliance wrote a brilliant article about the Shining Knight and the need for gender clarity.

I see the Shining Knight as a transgender superhero who challenges traditional medieval roles. The classic image of a knight is a male who is strong, honourable and devoted to his duty. People like Sir Galahad and Lancelot embody the traditional ideals. But gender identity has nothing to do with positive personality traits.

Ystin is devoted to defending Camelot and protecting innocent lives. He’s charged into battle and fought against enemies that could have killed him. He’s needed to cope with being judged for who he is. A lot of transgender people have faced prejudice or been subjected to jokes. The Shining Knight has taken everything in his stride and continued to do his duty as a superhero. It’s why I think The Shining Knight should be seen as a character that represents the transgender community.