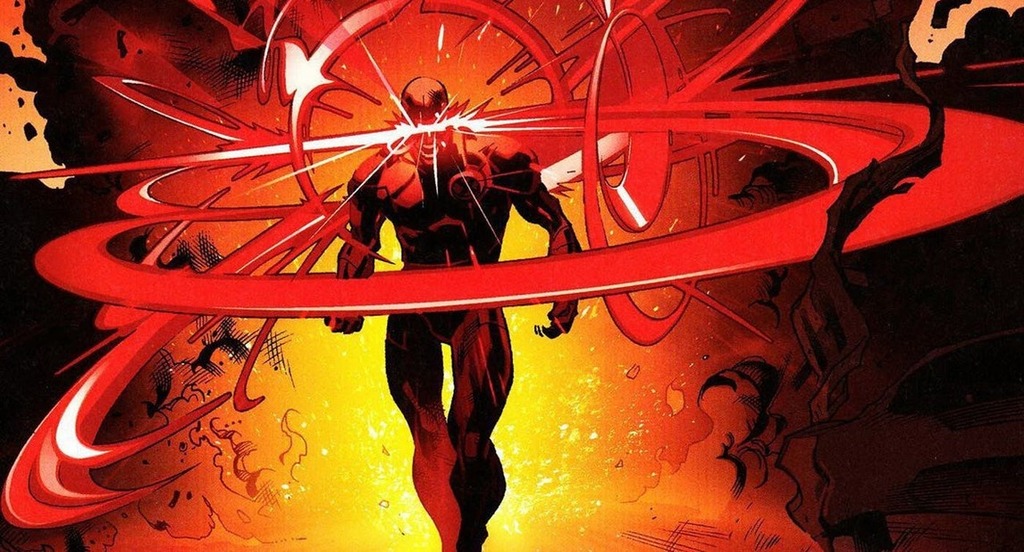 Cyclops is one of the X-Men’s most well-known characters. As leader of the team, Scott Summers has fought to make the world a safer place for mutants. His tactical ability ranks him among Marvel’s greatest strategists, with Cyclops leading the X-Men to victory again and again. Scott is known for his power to shoot ‘optic blasts’ and his need to wear ‘ruby-quartz’ lenses to control them. While his optic blasts are impressive, it’s Cyclops’ ability to harness his powers that have turned him into the leader of the X-Men. I’m taking a look at how his abilities work.

Turning a weakness into a strength

Scott’s powers activated during childhood and he’s never been able to control them properly. His lack of control is attributed to emotional trauma. The optic blasts have the appearance of red lights and they can only be stopped when Cyclops closes his eyes. As a result, Scott wears a ruby-quartz visor or glasses.

Over the years, there have been several explanations for where Cyclops’ powers come from. An early account claimed that the blasts were a product of his body metabolising sunlight. The energy, released as a beam, could be depleted when Scott’s reserves ran out. Another theory states that Cyclops’ eyes house interdimensional apertures, which release energy from another dimension. His body metabolises the energy and its focused through his irises. Generally, the first theory is the most accepted, though Scott no longer needs to recharge.

Cyclops’ optic blasts are capable of generating incredible concussive force. Cyclops has shattered steel walls, destroyed the top of a mountain and punched through the trunk of a log with his powers. His visor allows him to adjust the height and width of his beams. For example, Scott has created a small hole through a coin and narrowed a blast so he could knock Thor’s hammer out of his hand.

I’d argue Cyclops’ spatial awareness is what makes his optic blasts so devastating. It seems like he has the superhuman ability to detect the angles between surfaces. Cyclops has demonstrated the ability to ricochet his beams off various objects. In one instance, Scott fired a beam off a dozen surfaces and it still hit the target. Perhaps the most impressive example of this skill is when Cyclops blindly predicted the position of Quicksilver and Northstar. Both characters have superhuman speed, yet he was able to tag them accurately in separate situations.

When using his abilities, Cyclops has traditionally held back from unleashing the full power of his beams. This is due to the anxiety he feels about losing control, which provides insight into his identity as a leader. Scott prides himself on control, on planning for everything. Not being able to contain his power could be catastrophic for the people who rely on him to lead. When give no choice, Scott has emitted a tremendous amount of force. This has allowed him to overload the energy draining abilities of Bishop, stagger World War Hulk and destroy Sentinels.  Interestingly, Cyclops leadership skills are at their peak in stressful situations. Nick Fury has noted that the less time Scott needs to think, the better his decision-making is.

Cyclops’ optic beams might be his most recognised power. But, his situational awareness and talent for thinking on his feet is why he’s one of the greatest team leaders in the history of comics.

Over time, Scott has received a lot of development, becoming a complicated character. Be sure to read From Boy Scout To Badass: The Evolution Of Cyclops to find out more.