Comic Kitchen is a series that brings together pop culture and food. A three-course menu is created around a superhero, helping to bring awareness to a character and food from a different culture. I’ve been looking to do an Italian menu for a while, so I decided to use Huntress. Helena Bertinelli has Sicilian roots and she’s the ideal superhero for representing the appeal of Italian cuisine. To make sure I created an authentic experience, I spent time at William Sicilian Street Food in Manchester. This resulted in a menu that highlights the uniqueness of Sicilian fare. Read on to find out about the kind of food that Huntress would enjoy eating.

Huntress comes from a traditional Mafia family, so she’d have been exposed to the very best of Sicilian food. It’s why I’d see her starting off with arancini, as they are considered to be classics of the region. The stuffed rice balls are said to have originated in 10th century Sicily and the name translates to ‘little orange’ in English.

The amount of variation with arancini is amazing. Huntress would likely eat a few different versions and William’s ragu and zucca variety are delicious. The ragu is a meat-based, while the zucca is pumpkin flavoured. Given her crime-fighting background, Huntress would need to have a lot of energy, which is why I think arancini are the perfect starter. They are large, filling and easy to finish.

Like many Italians, Helena would have grown up with pasta on the menu. I’d imagine her sticking to a balanced diet, so that means she’d eat plenty of vegetables. Veggie lasagne is a good choice because of its healthiness and taste. The William’s version comes with mushrooms and other plant-based goodies, but the sauce is the real star of the show. Grana padano and besciamella cheese have been mixed together to create a rich, creamy layer.

The simple ingredients make the lasagne even more appealing. The besciamella is a rustic white sauce made with flour, butter and milk, while the grana padano is a slow-ripened cheese. This meal would resonate with Huntress because of its authenticity. It’d remind her of the old country and be the kind of pasta she’d eat to warm up on a cold night. 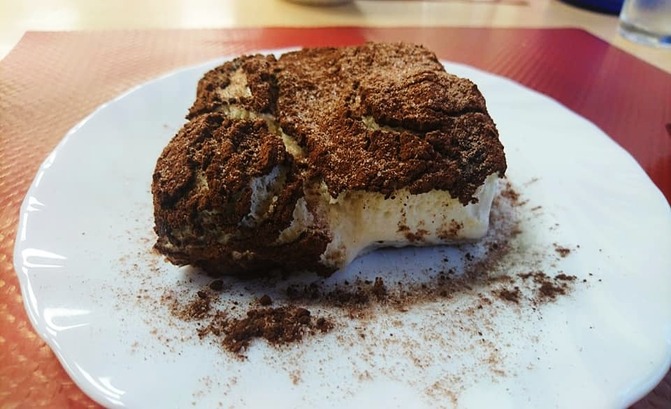 A classic Italian dessert, I’d see Huntress appreciating a good tiramisu. The coffee-flavoured treat is made with eggs, sugar and mascarpone cheese. It has the right amount of lightness to top off the heaviness of the arancini and lasagne. I’d imagine Huntress rewarding herself with tiramisu after she’d finished kicking the asses of Gotham’s criminal underworld.

Traditionally, a lot of Sicilian desserts are made with nuts. What I like about William Sicilian Street Food is that they cater to people with nut allergies, so the tiramisu I had didn’t have any nuts. It’s that kind of flexibility that makes the restaurant a brilliant place to eat in and an establishment that Huntress would likely frequent. Be sure to check out their menu!

Huntress has earned her place as one of the Batman Family’s most important members. You can also read my opinion on how she fought tooth and nail to get Batman to trust her.