The Batman family is made up of some of the most accomplished crime-fighters in the DC Universe. Heroes like Nightwing and Batgirl are among Batman’s closest confidantes, but others characters have found it harder to win the Dark Knight’s trust. For people like Helena Bertinelli, gaining Batman’s faith has been an uphill battle. Bertinelli was introduced as Huntress, a violent vigilante who used lethal force. But over time, she transitioned into a hero that earned her place in the Batman family.

A cry for blood

The original Huntress, Helena Wayne, was the alternate reality daughter of Batman and Catwoman. After the 1985 arc Crisis on Infinite Earths, this version of the character was erased and Bertinelli was introduced. Helena came from a family of mobsters and when she was eight she saw them get murdered. Helena was framed for the murder and it affected her on a deep, psychological level.

At the age of 21, Huntress began her vigilante career, tracking down the people responsible for her family’s murder. Swearing vengeance, her violent approach put her at odds with Batman. He saw her as an unpredictable, loose canon. Huntress chose to renounce her criminal legacy, wanting to fight evil in her own way.

She’s characterised by carrying a trademark crossbow. Huntress has used dual mounted mini-crossbows and a larger one. Her archery skills are so impressive that she once used a single bolt to split a bullet in two. Helena is also an accomplished detective, being known as the ‘Batman of the Birds of Prey’ for her investigative skills. The Dark Knight has even commented on her prowess. 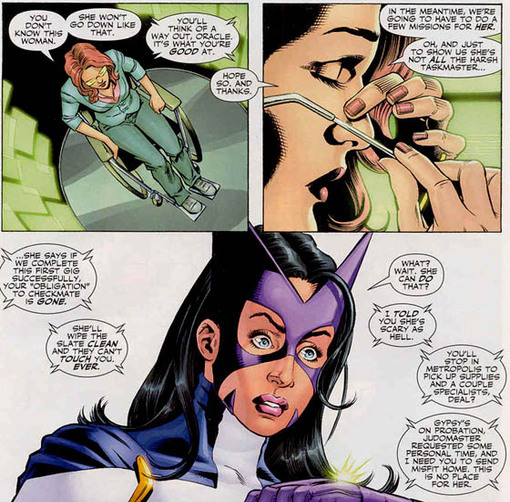 Birds of a feather grow together

Huntress began to change her attitude when she met Batgirl. In Barbara, Helena saw someone who had earned Batman’s trust and who she came to hold in high regard. Barbara’s principles eventually rubbed off on Huntress. Their styles contrasted each other, with Barbara favouring control, while Huntress’ recklessness could be a source of antagonism between them. Other members of the Batman family came to see her worth as well, such as Dick Grayson and Tim Drake.

When Barbara became Oracle, she enlisted Huntress into the Birds of Prey. Huntress met Black Canary and the two of them became fast friends. Huntress and Black Canary have a lot in common, as they both have confrontational personalities and aren’t afraid to stand up for what they believe in.

Huntress’ friendship with Barbara and Dinah is an essential part of her journey. They helped her to realise her full potential and never gave up on her. Through being around her friends, Huntress felt inspired to live up to their examples, growing into a more balanced person.

As part of the Birds of Prey, Helena was able to find purpose. She came to control her violent impulses, showing more restraint when fighting crime. Her selflessness helped her become Oracle’s most trusted agent and a field commander in the Birds of Prey. 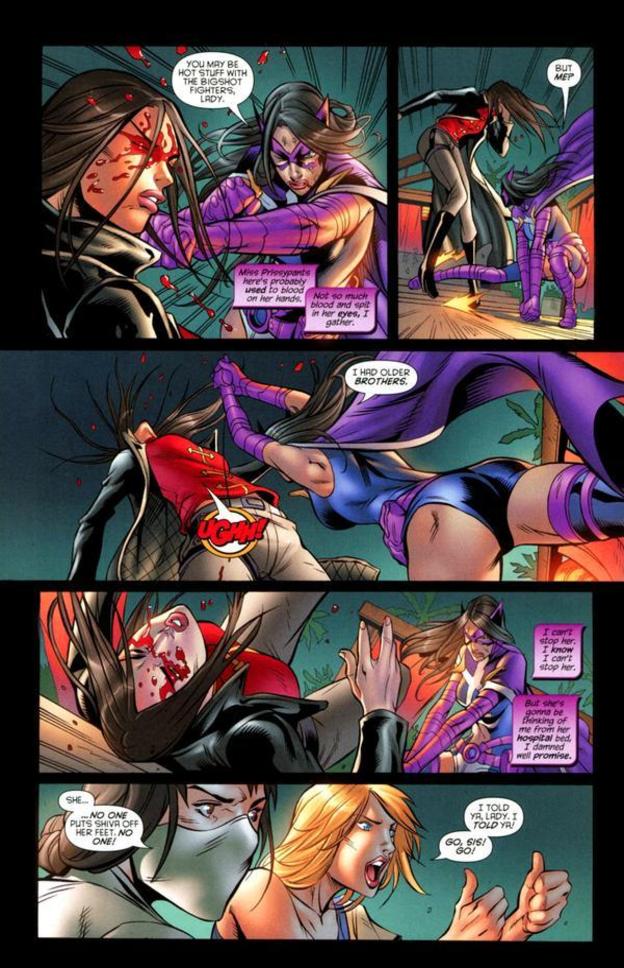 Huntress’ change of heart was captured in the Hush storyline, where she saved Batman’s life after he suffered a fractured skull. Batman admitted that “she’s better than she knows,” demonstrating that he was learning to trust her.

However, Huntress has struggled not to fall back into her old ways. There have been times when she’s been tempted to kill criminals, such as Penguin when he was responsible for betraying the Birds of Prey. Huntress considered murdering him, but in the end she chose to spare him.

Huntress’ journey is relatable because many people have struggled to control their impulses. Although she started off as reckless, Huntress matured into a capable superhero that made her worthy of Batman’s trust.