The Marvel Cinematic Universe has introduced a plethora of obscure characters to a mainstream audience. This has been handled best on the small screen, with Netflix shows like Daredevil and Luke Cage providing ample ground for minor characters to develop. The second season of Luke Cage introduced one of the most interesting MCU characters in the form of Bushmaster. Played by Mustafa Shakir, Bushmaster is one of those rare examples that translate better on screen than in the original medium.

What are the differences?

Now, I’d never heard of Bushmaster before I started watching Luke Cage. But seeing how the character was portrayed made me interested in doing some research. The comic version of John McIver was born somewhere in the Caribbean Sea and became a leader of the Maggia.

His desire to expand his criminal enterprise led him to New York, where he came into conflict with Luke Cage, Iron Fist and Misty Knight. He had similar powers to Cage, having gone through the same experimental process. The comic version of Bushmaster was motivated by money and a need to gain more power. This makes him fairly one-note as far as villains go.

The MCU version of Bushmaster is much more nuanced. Hailing from Jamaica, McIver is motivated by a need for vengeance against Mariah Stokes. The Stokes were responsible for wronging Bushmaster’s family, killing his mother and father. They took everything that Bushmaster held dear, giving him a legitimate reason to want to kill Mariah.

Bushmaster’s powers are also different. Although his superhuman strength and durability makes him a match for Cage, much of McIver’s abilities are derived from nightshade. Bushmaster uses the plant to enhance himself and heal his wounds. This comes with a downside, as the nightshade is presented as a drug. Bushmaster is shown to be addicted and it poisons his mind and his body.

McIver’s desire to avenge his parents reveals a man who genuinely loves his family and heritage. It’s seen in the way he treats his uncle and aunt, who were responsible for raising him. Bushmaster wishes to protect and provide for them. McIver believes in Jamaican independence, as seen from when he recites a story of how the Maroons fought back against their British oppressors. Bushmaster is proud of where he came from, wishing to restore his family’s honour.

Throughout his battles with Luke Cage, Bushmaster comes to respect his adversary, believing they could have been brethren in another life. The character’s better qualities are contrasted with his ruthlessness and anger. Bushmaster isn’t afraid to cut off heads or burn women alive in his quest for vengeance. All of these attributes make for a compelling character that can’t be defined as a typical villain. 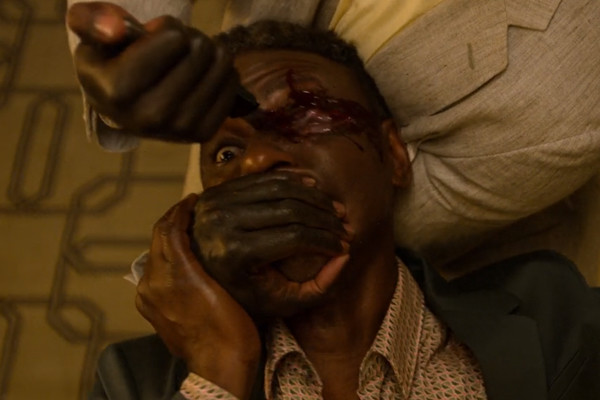 The power of believing in a role

Mustafa Shakir’s acting is a large part of why Bushmaster is so captivating. A genuine comic fan, Shakir prepared extensively for the role. In an interview with The Hollywood Reporter Shakir gave his opinion on the character’s motivations.

“If you understand the Maroons, they were all about resolution and about being free and not subjugated. They were fearsome about it. Because of that fierceness, they were able to actually effectively hold off the British for many years. Some say longer. They said 80 years, but some say longer. It was the fierceness.”

“For Bushmaster, coming from that as a lineage, that being his ancestry…the decisions that the Stokes made, it’s like they chose Babylon. They chose the oppressor. It was the politicians that we spoke about. It was about the cops, they wanted to pressure them to change the business. It was the Stokes who sold this family out to the oppressor. It’s what makes them a prime target in his pursuit of bringing down Babylon, essentially. That’s what his whole goal is.”

“The episode where the drugs are introduced, he talks about, “Hey man, this stuff is poisoning the kids. This is not what I’m fighting for. I’m fighting to end the suffering there.” And so that’s the noble part of him, which shouldn’t be obscured by the fact that he’s a fugitive, violent, period. I think that just because they sided with the oppressor, he has to go with that level of vengeance. It’s the ultimate betrayal, in his mind.”

Bushmaster’s relatable backstory, combined with Shakir’s stellar acting, have brought recognition to a character that could easily have stayed in comic limbo.