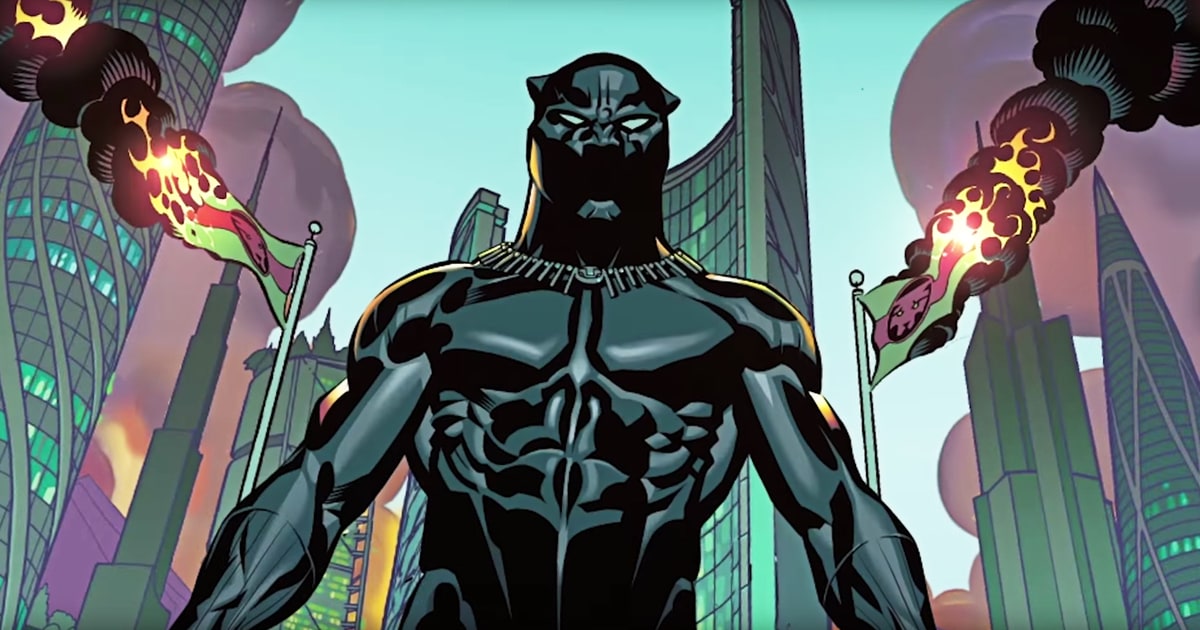 The Pop Culture Playlist tells the story of a superhero or villain through music. With a film on the way and an established presence in comics, Black Panther seems like an appropriate choice. As King of Wakanda, T’Challa has a responsibility to his people and the history of the animal that he represents. Black Panther is a symbol of Africa and his warrior spirit makes him one of the most courageous superheroes in comics. Here are ten tracks that describe T’Challa’s journey.

At the top floor they gone come to kill King Kong
Middle America packed in
Came to see me in my black skin
Number one question they asking
Fuck every question you asking
If I don’t get ran out by Catholics
Here come some conservative Baptists
Claiming I’m overreacting
Like them black kids in Chiraq bitch
Four in the morning, and I’m zoning
They say I’m possessed, it’s an omen
I keep it 300, like the Romans
300 bitches, where’s the Trojans?
Baby we living in the moment
I’ve been a menace for the longest
But I ain’t finished, I’m devoted
And you know it, and you know it

Black Skinhead is a powerful song that represents Black Panther’s inner strength. As a king, T’Challa’s decisions shape a nation and that can be seen in the rawness of Kanye’s lyrics. The beat of Black Skinhead makes me imagine T’Challa running through the jungle to strike back against criminals who’ve wronged his people. 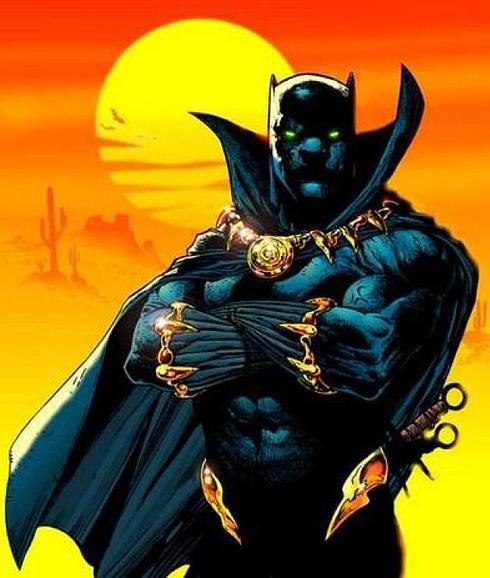 Hell And Back by Kid Ink

You can tell them that
I’ve been from hell and back
When the heat is on
I fire back
In this cold world
Where your lighters at?
lets burn it down
Fire back
Uh, let’s take it to the ground
Don’t too many make it coming through our town
Looking for a detour nowhere to be found
When the pressure’s on seems nobody’s around
Uh, but I won’t let ’em see me sweat
Yeah it took a little time,
But can’t really be upset
Long way to the top,
I can barely see the steps
Yeah, they sleeping on me still
But I barely need to rest

This song is good for describing the weight that Black Panther feels on his shoulders. Being king is a huge responsibility and he has a lot of expectations to live up to. T’Challa has risen to every challenge that’s been put in front of him and Hell And Back has a motivational vibe that will keep you looking towards the future.

Wakanda is a proud nation and Mamma Africa is the perfect song for describing Black Panther’s home. It’s a song about beauty, family and setting an example for future generations. Africa is a place of wonder and Akon’s vocals are indicative of the emotion that can be instilled.

I can’t hold back these tears
Let me cry
They say a man ain’t supposed to cry
So I’mma let the song cry
I’mma let my soul cry through these words
I need to try to free my mind
Sometimes I need to cry just to ease my hurt
But when I let the song cry
Hope you don’t think I still won’t ride for mine
Every rose needs the rain sometimes
But know that you can dry your eyes this time
Let the song cry
What am I supposed to do?
Hold it all together when I think of you?
In my heart I’m thinking you were gone too soon
May you rest in peace, yet I can’t sleep
It’s my point of view
Got me in a state of mind, I’m so confused
Crying raindrops so that I can bloom
So what am I to do?

Song Cry can be used to describe the love and care that Black Panther feels for Wakanda. The lyrics make it clear that it’s okay for a man to let his emotions show and T’Challa feels sad for his nation as well. He wants to protect it from corruption and pushes himself to keep fighting. 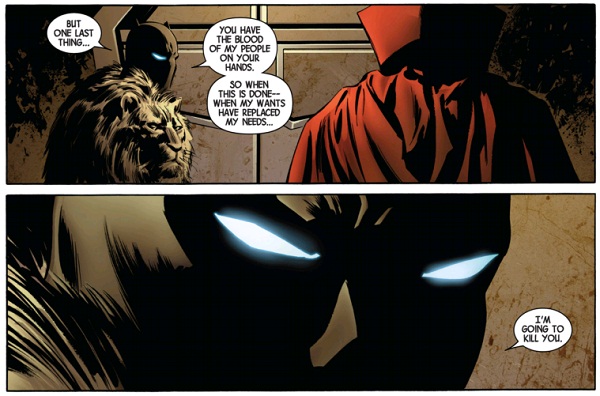 That girl is a real crowd pleaser
Small world, all her friends know me
Young bull livin’ like an old geezer
Release the cash, watch it fall slowly
Frat girls still tryna get even
Haters mad for whatever reason
Smoke in the air, binge drinkin’
They lose it when the DJ drops the needle
Gettin’ so cold I’m not blinkin’
What in the world was I thinkin’?
New day, new money to be made
There is nothing to explain
I’m a fuckin black Beatle, cream seats in the Regal

As royalty, Black Panther has a regal aura and this song made me think of him because Black Beatles talks about living the high life.

King Kunta is an intense, vehement song that declares only one person can rule and that represents T’Challa’s ruthlessness. As peaceful as he can be, Black Panther won’t hesitate to cut down his enemies and King Kunta is a reflection of his fighting spirit.

Changes is appropriate for showing T’Challa’s concern for the wider world. He looks beyond Wakanda and wants to make the globe a better place by improving political relationships with other countries. But, he also recognises that other governments are flawed and feels that compromises need to be made in order to benefit everyone. 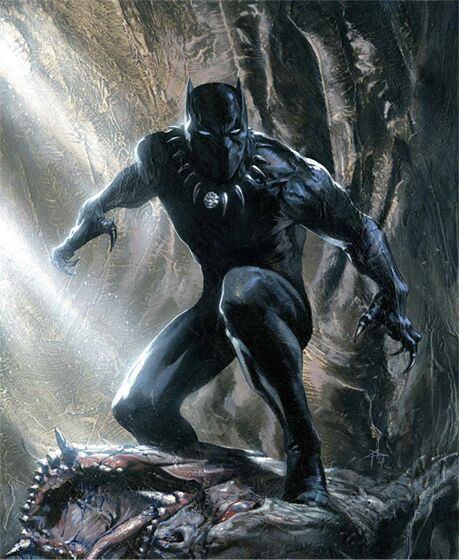 Just A Moment by Nas

Yeah and can we have another moment of silence
For brothers who died from black-on-black violence
From here to the dark continent where rebels sell diamonds
To clients all over the world, got little black girls dying

Just A Moment represents Black Panther’s identity as a black superhero and his place within politics. Even though he’s seen as a paragon by his people, T’Challa can’t stop them from killing each other in petty disputes. The song describes an endless cycle of violence and it’s his duty to rise above it and try to save as many lives as possible.

When I hear American Oxygen, I think of T’Challa’s relationship with the Avengers and how he fits into the superhero community. Black Panther rules over an empire that was built by his ancestors and it makes him highly influential. 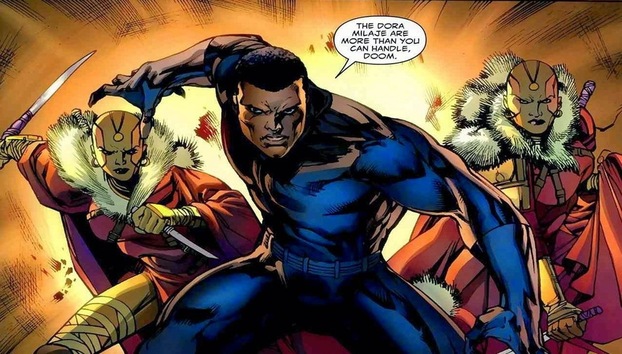 The World’s Greatest by R Kelly

The World’s Greatest is an uplifting tune that signifies how Wakanda views Black Panther. His people see him as a saviour, protector and warrior. The Black Panther identity inspires awe and hope, with T’Challa striving to live up to its reputation.

The song also reminds me of T’Challa’s relationship with women in his life, from his sister, Shuri, to his female bodyguards called the Dora Milaje. All of them look to him in reverence, but they look beyond his kingship and see the man who struggles beneath the crown.

Black Panther is a culturally significant character and seeing him on the big screen is an important event. What songs do you think are good for describing T’Challa?