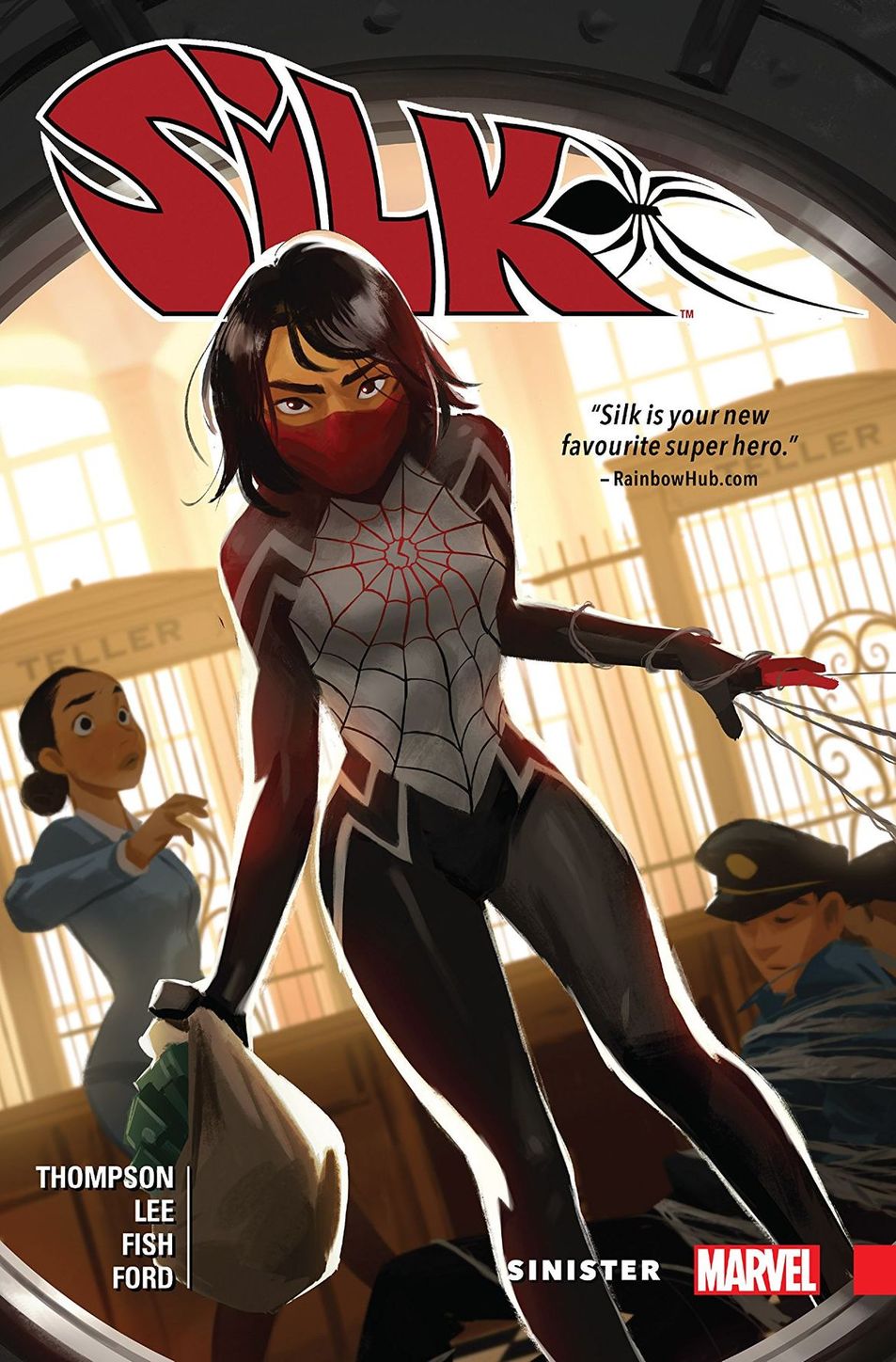 “What makes me so angry? Loss. Time. Inheritors. Ezekiel. The fact that nowadays everyone is together but they’re all staring at small screens.”

It’s no secret that Spider-Man is one of the most beloved comic characters of all time, and it’s led to several other people inheriting spider powers. One of the newest characters to follow Spidey’s legacy is Cindy Moon, AKA Silk. She was bitten by the same radioactive spider, only to be locked away in a bunker for ten years. Silk Vol 1: Sinister, written by Robbie Thompson, sees Silk try to reclaim her life and find out where her family has gone.

The story picks up with Silk fighting the Goblin Nation, who were responsible for corrupting her brother Albert. She’s infiltrated Black Cat’s gang on behalf of SHIELD and in return they’re helping her learn about her mum and dad’s whereabouts. During the day, Cindy works as an assistant at the Daily Bugle, trying to balance her civilian and superhero life as best she can.

Silk works on earning Black Cat’s trust while she discovers more about the Goblin Nation. Her personal stake leads her to making rash decisions, such as her throwing herself at the Nation without backup. The reader can feel the pent up anger that’s desperate to break free and as exciting as the superhero action is, I found Cindy’s personal struggles to be the most compelling part of the graphic novel.

Having been locked away from the world for ten years, Silk is trying to cope with having her life put on hold. There’s the feeling of being trapped inside a bubble, inside a comfort zone that’s hard to break out of. Cindy is seeing a therapist and trying to deal with her issues. She feels empowered by being able to pay the rent for the property she’s moved into. Her lifestyle makes it hard for her to connect with her friends and be on time for her job. All of these situations have resonance and can be applied to people in the real world. 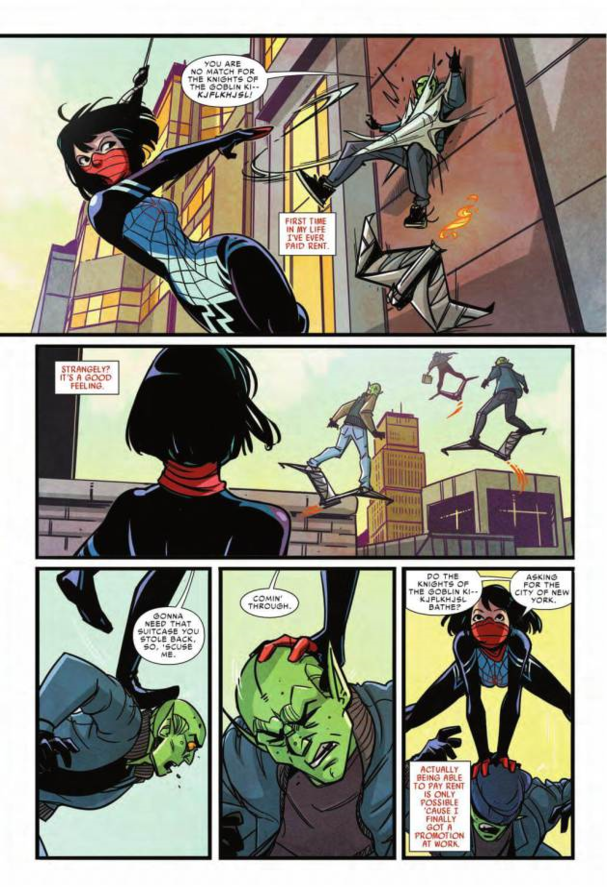 Silk’s struggle is reflected in Mockingbird, her SHIELD handler, and Black Cat. Mockingbird was held captive by the Skrulls for years and Cindy asks her how she coped. Mockingbird admits she was never able to get over it. In Black Cat, Silk sees a woman who used to operate in a grey area, but fully embraced her criminal tendencies. Silk’s personality is malleable and she looks up to both women for different reasons. I found the duality to be one of the best parts of the story.

The graphic novel doesn’t lack for humour. Like Spider-Man, Cindy is prone to making jokes when she’s fighting crime. Her relationship with J.Jonah Jameson is also hilarious because it’s a reversal of the one he has with Spider-Man. He sees the web-slinger as a menace, while he sees Silk as a superhero, despite her acting like a supervillain.

The art is handled by Stacey Lee, Tana Ford and Veronica Fish. All the artists have their strong points, but I’d say my favourite is Fish. Her facial expressions are the most detailed and she really nails Cindy’s Asian heritage.

Silk’s status as a strong, Asian superhero is important and Thompson gives her plenty of personality. I found a lot of my own personal struggles reflected in Silk’s journey and that’s how you know you’re reading a worthwhile graphic novel. Silk Vol 1: Sinister is a great introduction to a character who will continue to grow on you. Buy it now on Amazon.