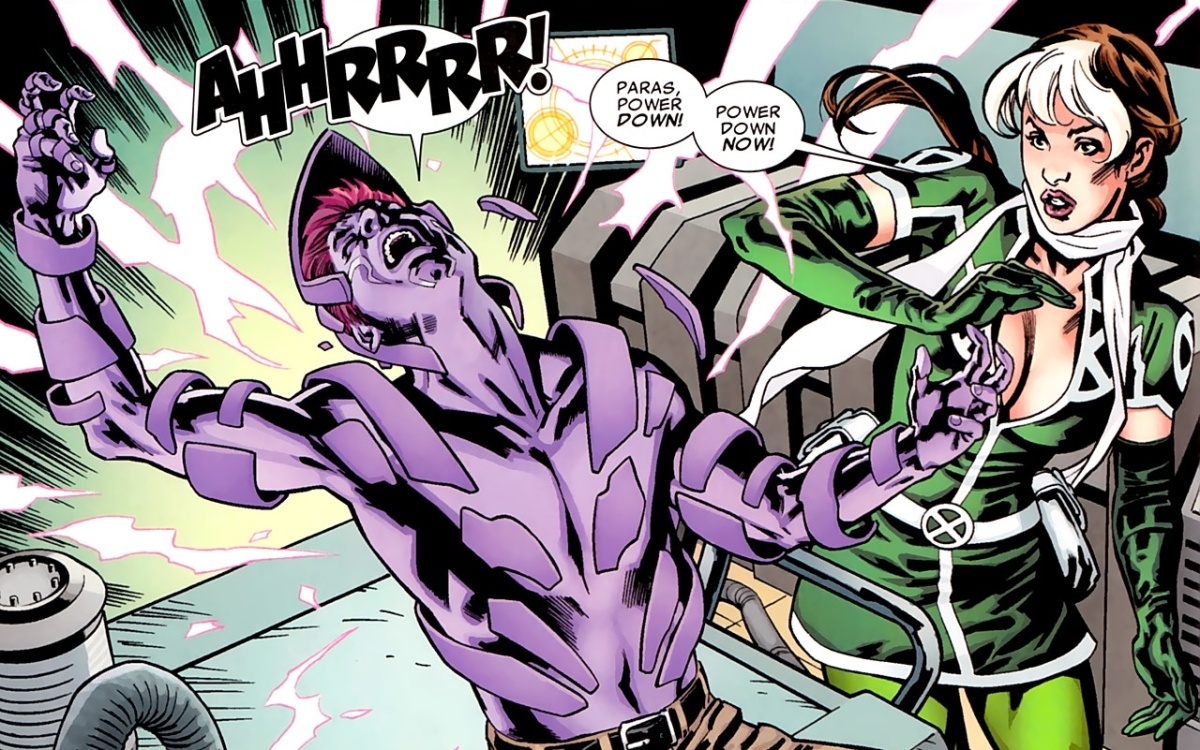 In recent years, the best thing that’s happened to comics is Marvel and DC are being more diverse with their characters. A great example of this is presenting a Pakistani Ms Marvel in Kamala Khan. Another interesting character is Indian mutant Paras Gavaskar. Taking the codename Indra after the Hindu God of war, Paras joined the X-Men to learn how to control his powers. A follower of Jainism, Paras’ faith played a role in his development.

Indra stands out for his purple skin, red hair and the tilak marking on his forehead. Originally, he had the power to create a pangolin like exoskeleton to shield him from damage. His abilities acted in conjunction with his faith, as Jainism promotes absolute non-violence. It provides a compelling struggle for a pacifist who faces prejudice and hatred on a daily basis. While other X-Men used violence to protect people, Indra chose the path of least resistance.

However, during a mission, Indra was forced to act in self-defence and attack a corrupt military officer. This caused an internal struggle that stopped him from being able to use his powers. Indra suffered pain when he tried to summon his armour and believed the Yakshas were punishing him for his sins. Rogue was assigned to council him and believed he was holding himself back and chose to name himself after the Hindu God of War for reason, despite his pacifist views. Paras claimed that his Indra form “wasn’t him,” only for his powers to return. His new form involved a full-body Hindu suit of armour and the ability to create psionic weaponry such as swords and daggers.

Soon, Indra returned to Mumbai, alongside Rogue, Magneto, Anole and Loa. When he got home, his parents told him they’d arranged for him to take his comatose brother’s place in an arranged marriage. Paras believed he needed to do his duty for his family. But after a run in with The Children of the Vault, Indra changed his worldview. He thought that non-violence wasn’t the way to fight evil, so he turned his back on his religion and family.

Indra’s journey is a good example of a teenager developing their own value system. In some cultures, it’s hard to follow your own path, especially if you come from a religious background. If you’ve ever gone through a crisis of identity or faith, then I’d urge you to look into Indra’s story as a way of finding peace within yourself.

One thought on “Jainism And The Nature Of Pacifism With Indra”