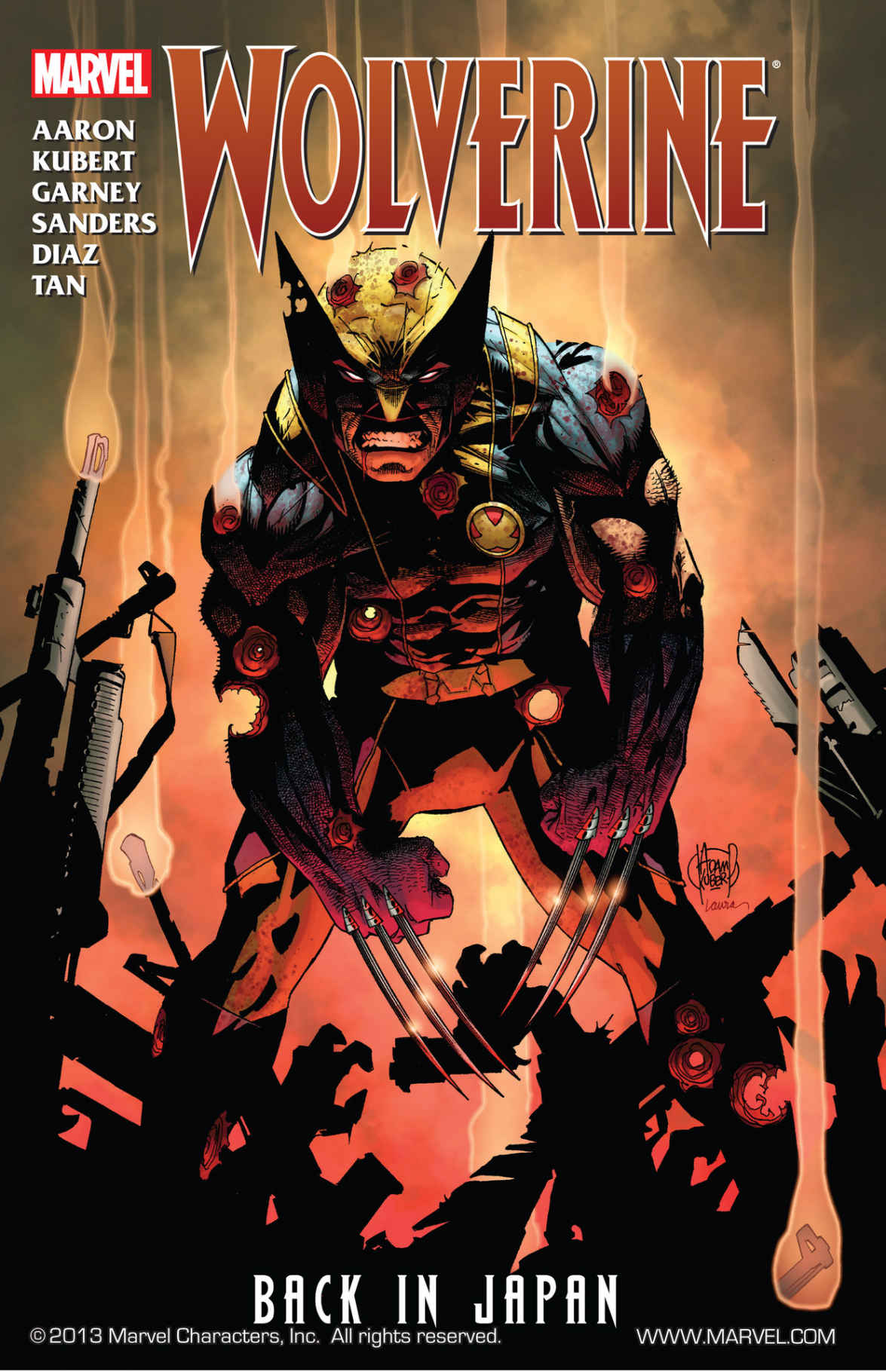 In the run up to Logan, I decided to visited my local comic store and picked up a Wolverine graphic novel at random. I chose Wolverine: Back In Japan because I have a fascination for the country, where some of the greatest Wolverine stories have been told. It’s written by Jason Aaron and the art is handled by a number of people including Adam Kubert, Ron Garney, Billy Tan and Paco Diaz.

The story has an enticing premise: The Silver Samurai is dead and a power struggle for the Yashida clan have broken out among The Hand and the Yakuza. Wolverine returns to Japan and is caught in the middle. He reunites with his old lover, Yukio and they assess the best way to deal with the problem. Meanwhile, his adoptive daughter Amiko is dating the Shin Harada, son of the deceased Silver Samurai. Amiko is pulled into the fight as well when The Hand want to use Harada to assume control of Clan Yashida.

There are twists and turns throughout the story. Harada betrays Amiko and willingly works with The Hand. Sabretooth and Wolverine engage in a few brutal fights. Sabretooth betrays his employer and assumes control over the majority of the Asian crime families. Wolverine fights the new Silver Samurai and basically tells him to stay the hell away from his daughter.

Logan and Amiko have a touching reunion and we see the fatherly side of his personality come out. That’s one of my favourite aspects of the character. Despite all the pain he’s suffered in his life, Wolverine has still acted as a mentor for many young women and they are better for having known him.

Jason Aaron crafts a compelling story, and he has a strong grasp of Logan’s voice and mannerisms. My main concern about the graphic novel is the constantly changing art. It’s very jarring to see it happen over so many pages. I found the art better in the earlier chapters. But on a brighter note, there may be an art style for everyone to enjoy.

I’d recommend Wolverine: Back In Japan if you want to read a modern Wolverine story. It’s not a classic, but it’s an intriguing tale all the same.

To find out what Japan means to Logan, you can check out my analysis on it here.

2 thoughts on “Wolverine: Back In Japan Review”