“Criminals, by nature are a cowardly and superstitious lot. To instill fear into their hearts I became a bat. A monster in the night. And in doing so, have I become the very thing that all monsters become…alone?”

For my first graphic novel review I’m concentrating on Batman: Hush, written by Jeff Loeb and drawn by Jim Lee. It’s one of the most complex stories I’ve read in a long time, with Batman assaulted on all fronts by his greatest enemies. It begins with him rescuing a boy who has been kidnapped by Killer Croc. Catwoman makes off with the money and Batman chases her across the Gotham rooftops. The line to his grappling gun is cut and he falls into Crime Alley, fracturing his skull and leaving him to the mercy of thugs.

From the opening few pages the reader is shown a damaged Dark Knight who is rescued by Huntress and needs to go into intensive care as Bruce Wayne. Enter Thomas Elliot, a childhood friend of Bruce’s and renowned surgeon. He fixes Bruce’s injuries and the two of them reconnect. Meanwhile, Poison Ivy has been manipulating Catwoman into stealing for her, which leads Batman and Catwoman to work together.

The relationship between the two is put in the spotlight, with moments of vulnerability and banter. They share a kiss and Bruce realises he has feelings for her. Their dynamic is one of the greatest parts of Hush. Selina is written as independent, feisty and skilled, all the traits that make her such as a rich character. More than once she trades barbs with Batman and isn’t afraid to call him out on his hypocrisy. What’s also telling is Bruce reveals his identity to her, showing how much he trusts her. 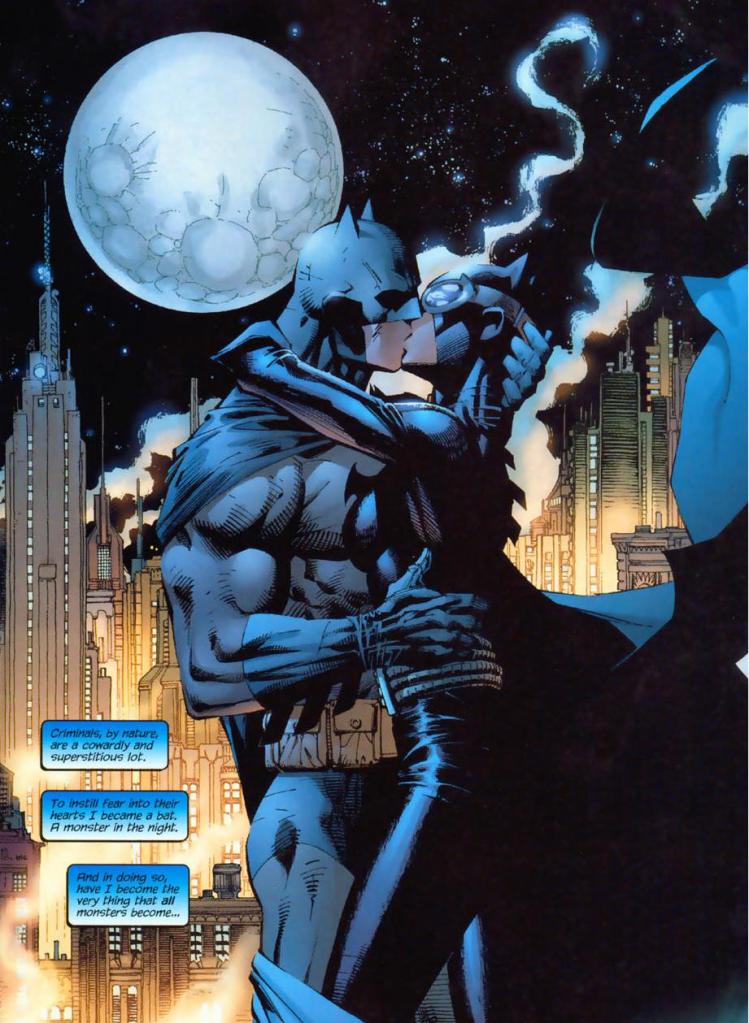 Character relationships are strong throughout the story, with Batman interacting with Superman, Nightwing, Robin, Oracle and Alfred. I really enjoyed the exploration of his friendship with Superman, especially when they are forced into fighting each other when Poison Ivy uses her pheromones to manipulate Clark. In the midst of battle, Bruce muses on the biggest difference between them.

“If Clark wanted to, he could use his superspeed and squish me into the cement. But I know how he thinks. Even more than the Kryptonite, he’s got one big weakness. Deep down, Clark’s essentially a good person…and deep down, I’m not.”

The fight ends when Catwoman drops Lois Lane off a roof and Superman snaps out of the mind control to save her. Batman returns to Gotham and he and Selina are seen at an opera with Tommy Elliot. Harley Quinn crashes the opera and Elliot is shot in an alley where The Joker is present. What follows is another stand out sequence where Batman comes close to beating Joker to death.

His inner monologue makes clear he intends to kill Joker, with Catwoman unable to restrain him. Batman only stops when Commissioner Gordon holds a gun to his head and appeals to his sense of reason. Even after all that it’s revealed Joker is innocent.

The next big twist is the revelation of Jason Todd, who has returned from the dead and claims to have masterminded the events. Batman discovers it was Clayface in disguise and the culprit is still at large. 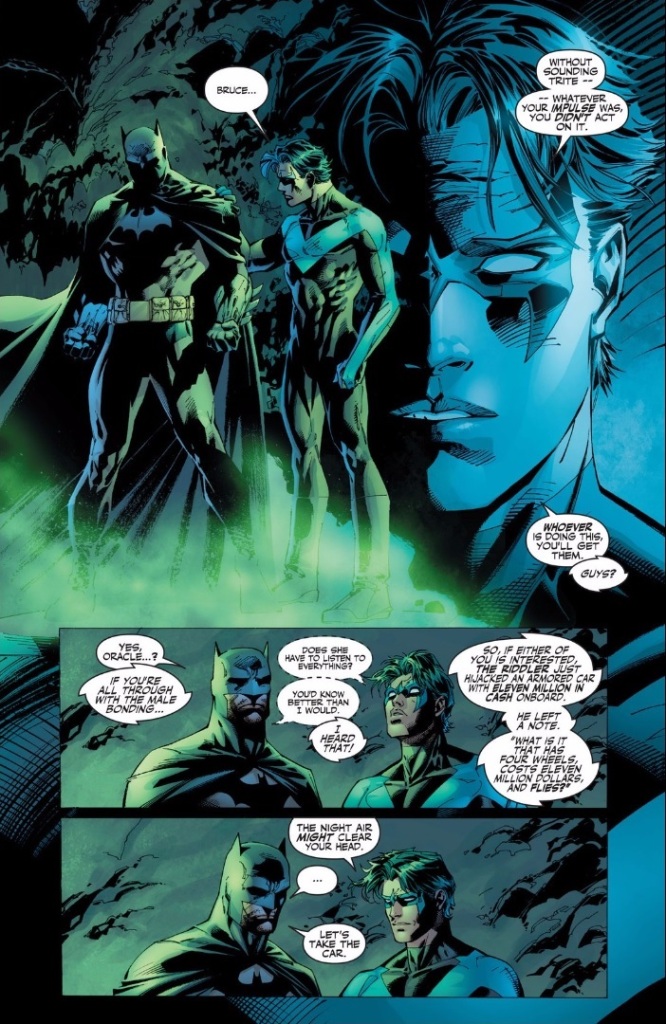 Batman is eventually lured to a bridge where the mastermind is revealed to be Thomas Elliot all along. He blamed Bruce’s family for saving his parents when he wanted them to die so he could inherit their fortune. Elliot is knocked into the river by a reformed Harvey Dent and his body is never found.

The final sequence features Bruce and Selina standing by a gravestone. Bruce pushes her away, wondering if she was part of the plot all along. Selina rebuffs him and they go their separate ways. It’s a bittersweet ending to a story filled with angst, intrigue and betrayal. It points towards the tragic nature of the character and how he’s unable to have anything good in his life beyond the mission.

You can pick up Batman: Hush right here.